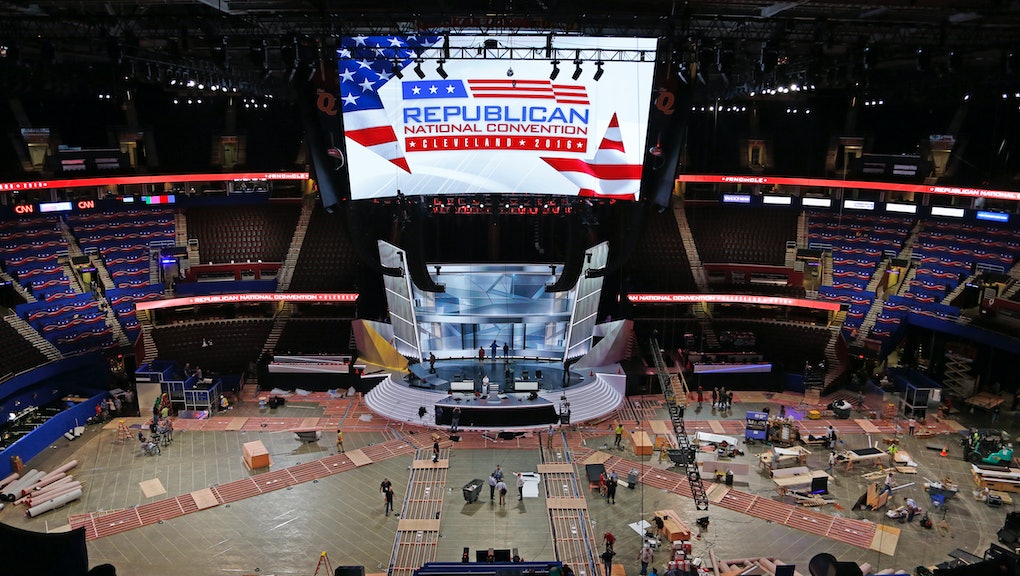 RNC 2016 Speaker List: Here's Who's Speaking on Each Day of the Republican Convention

What, no empty chair? And no Mike Pence?

The Republican National Convention speaker list is filling out ahead of the big event's Monday kickoff in Cleveland, and it's as notable for who's not on it as who is.

Absent from the list: Indiana Gov. Mike Pence, who's being widely reported as presumptive nominee Donald Trump's pick for a running mate.

Scheduled to be in attendance at the Quicken Loans Arena are a slew of Trump's former rivals for the GOP nomination, including Sen. Ted Cruz, Govs. Chris Christie and Scott Walker and retired neurosurgeon Ben Carson.

He'll also be joined by his wife, Melania, and his children.

"The initial list of speakers has the Trump family and people who have worked for Mr. Trump — those who can speak to the man himself," convention organizers said in a Thursday email.

"The list includes interesting people who have done interesting things — self-made people like businessmen, athletes, an astronaut, television stars, along with rising stars in the Republican Party from the first female College Republican chair to governors, senators and members of Congress."

The organizers of the convention, which begins Monday, added in the email, "There will be more to come today — including announcing the programming that will be coming via video. The first two: Marco Rubio and Bobby Knight."

While a complete line-up by day hasn't been announced yet, the Times reported the following breakdown.

Here's the full list as of early Thursday afternoon: