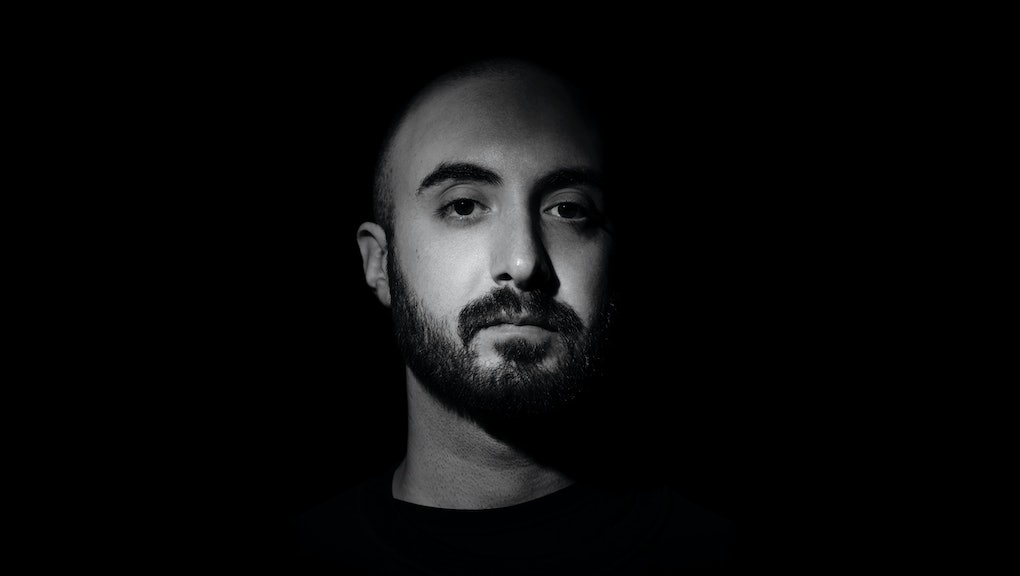 At times, it seems like hip-hop — including its listeners and its artists — has the attention span of a golden retriever puppy. It's happened a million times: A producer will come up with a hot sound. Ears perk up across the genre and artists rush toward it en masse, biting that style over and over again until the life in it is gone.

The 29-year-old beatsmith Clams Casino, aka Michael Volpe, enjoyed a monumental breakout back in 2011 when he pioneered a subgenre that came to be known as "cloud rap." Characterized by its heady, atmospheric soundscapes, drawn-out choral samples and penetrating drums, his beats were everywhere, providing a foundation for rappers like A$AP Rocky, Lil B, The Weeknd and Mac Miller to start building their careers. Biters flocked. A thousand airy raps later, its tracks started to feel like ponderous shells of what they once were and rappers began to move on.

However, Clams Casino proper debut full-length, 32 Levels, out Friday, has proved the subgenre still has a pulse. It's still very much alive and ultimately far more resilient than anyone likely imagined in the last days of the '10s.

32 Levels gathers together many of the rap luminaries whose careers Clams helped launch — Lil B, A$AP Rocky, Vince Staples — alongside a host of artists whose music has had parallel trajectory to the cloud rap phenomenon. R&B outsider Kelela and Sam Herring of Future Islands, for example, appear on two of the more surprising breakout tracks on the album.

Clams' dense, plaintive harmonies and scattered mechanical percussion send Kelela's vocal lifts even higher on "A Breath Away," and make Herring sound like a promethazine-addled Johnny Cash. They're expertly balanced, and they're proof that the producer knows his sound inside and out.

"When people try to copy, I've learned not to run away from that and say I don't want to do that anymore, or I'm not gonna do my own thing that I started because other people are doing it," Clams Casino said in a phone interview. "When you run away like that, you give it up to them. So I've made sure not to do that. I progress my own ways, just naturally, and evolve in the right way."

Clams describes himself as somewhat of a recluse, a backpack beat-maker, who was pioneering digital collaboration back in the era of MySpace. In conversation with Mic, he discusses the role of the producer, the mechanics of the industry and his relationship with the most Based political pundit CNN has ever lent a microphone to, Lil B.

[The interview below has been edited and condensed for clarity]

Mic: Tell us what led to the making of this album. Why break from your past mixtape cycle?

Clams Casino: Well, after putting out those three mixtapes, I got bored of that. I wasn't sure what I was gonna do next. But after the third one, I knew it would be the last.

The idea for this album started from working on a lot of other people's projects, producing behind the scenes and having a lot of things leftover that never ended up anywhere. It was really good stuff that I loved and the artist loved, but it didn't have a home. It would stick out too much, or whatever. It felt such a shame for it all to be wasted. So I figured I would just do my own thing and string them all together, connect all of them and put them out, so that's where the idea started.

CC: There's so many different types of feelings and moods throughout the album. There are so many layers, they're all very detailed compositions. There's two whole versions of the album — one instrumental and one with the artist contributions. So it's got layers for the audience to explore.

To me, though, it has a more personal meaning. It's taken from a Lil B song that I'd done in 2009, and that was called "I'm God." That was a major turning point for me for realizing where I fit in musically. That song was a very important turning point as far as discovering my identity and sound. I skimmed through and first got a glimpse I would make it to this point. It's where I found the spot where I fit in musically — which is nowhere really. I feel like I've always been on my own, and I've realized I don't really fit in anywhere.

Tell me about meeting Lil B. It seems he's been integral part of your rise as an artist. How did you all link up? What's your relationship like?

CC: It was really just through MySpace, which was the first platform I was using to get my music out when I started taking it seriously, maybe fall 2007 or so. I was just a big fan of him and his group, The Pack. He was running his own page and, once I tracked down his email, I sent him a bunch of beats. We didn't actually meet properly until much later.

We probably met and hung out for the first time in the process of creating [32 Levels], working in the studio. We'd done a few shows together and whatnot, but we hardly spoke during those. I'd just see him real fast, say what's up and we didn't really have the time. It was so weird to finally meet up after working together for like 10 years online. But it was really natural. We just picked up where we left off.

I'm curious about that larger-than-life, perfectly meme-able persona. Is he really like that in private?

I heard you've started recording some of your own instrumentals and sampling them for this album. What do you think about the whole debate regarding sampling? I know it's kept artists like De La Soul from putting any of their music on streaming platforms. How is the genre changing under all the new scrutiny surrounding sampling?

CC: It seems like it's pretty bad nowadays. Every album that comes out seems to have one song held, or more. It's gonna force a new way, whatever it is. If that new way means people are going to use the same sounds, but just have to flip them in ways that are unrecognizable so you can get 'em cleared, then you'll have to get more creative. Or if it's recording their own stuff. It should be interesting to see the ways people start doing that. I found a way that works for me. It took a few years. I have like a couple years full of really bad beats. It was a long process of trial and error.

In prepping for this interview, I saw this tweet from Kaytranada, another producer whose recently been dipping into the pop world, who's sad so many of these recent EDM and pop collaborations sound like "boiled chicken with no seasoning." What are you're thoughts on that?

CC: [laughs] That's funny. I mean, yeah, a lot of that stuff when it gets on a big, pop level, it can turn into a factory, just putting things out for the wrong reasons. I mean, that's the music business. That shouldn't be a surprise for anyone. Once something works one time, the music business is just going to try to recreate that as many times as they can until it doesn't. The style of music is going to change, come in and out, but the industry is gonna hold onto it until it dies. I try not to get caught up in things like that.