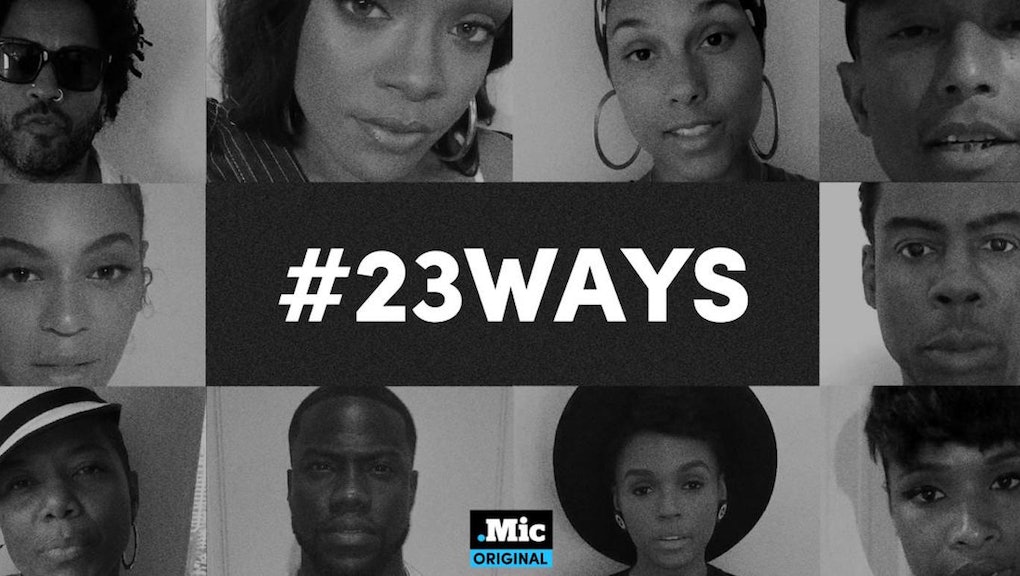 On Monday, Alicia Keys organized dozens of America's highest profile celebrities to make a powerful statement about black lives and to speak out against the unacceptable normalcy of police brutality. In an original video for Mic based on the piece, "23 Everyday Actions Punishable by Death if You're Black in America," Keys, along with Beyoncé, Rihanna, Common, Chris Rock, Taraji P. Henson and so many more each describe a mundane, everyday action that can get you killed if you happen to wake up black in America.

Here are Van Jones, Tracee Ellis Ross, Adam Levine, Maxwell and Rihanna on a few of those 23 actions.