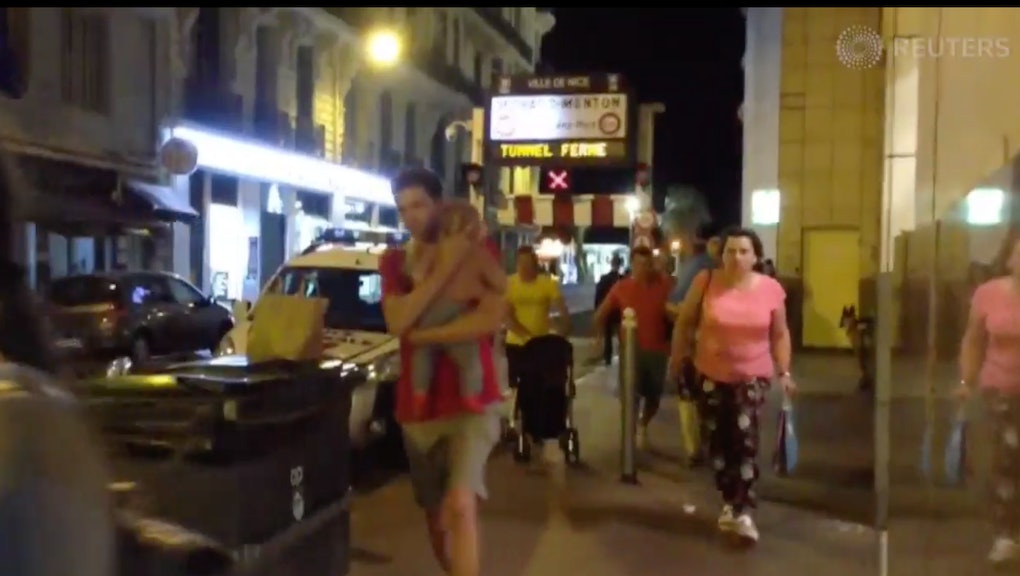 Early reports out of Nice, France, have indicated that at least 70 people were killed after a truck drove into a crowd during a Bastille Day celebration late Thursday. According to a translation from CNN, Christian Estrosi, the mayor of Nice, tweeted "Dear Nice residents, the driver of a truck appears to have caused tens of deaths. Stay for the moment in your homes. More info to come."

Per CNN's affiliate BFM-TV, the "truck occupants" and French police exchanged gunfire at the scene. The AP cites a French official calling the truck crash "an attack."

Video clips from the crash and the aftermath have emerged on Twitter: