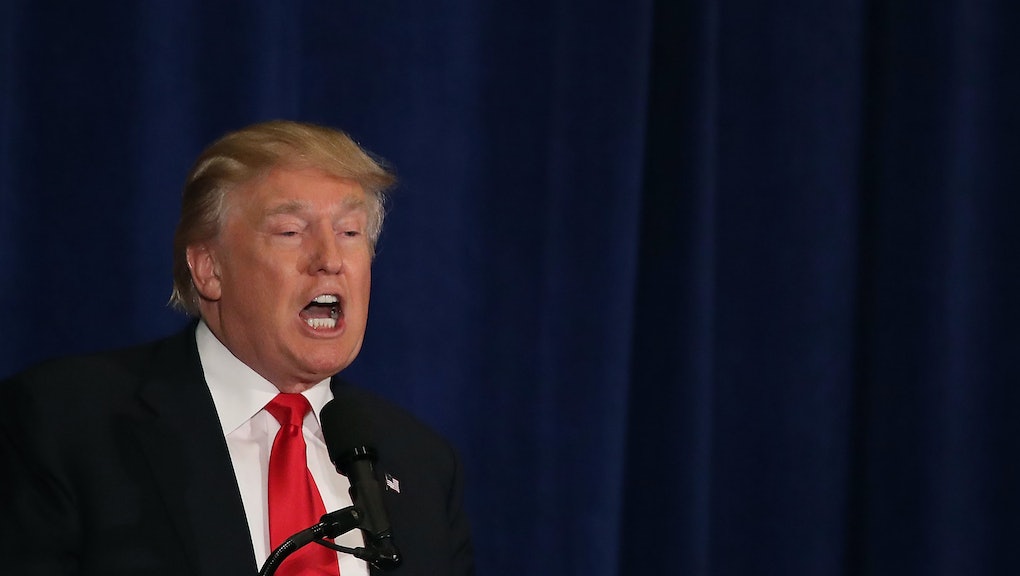 Presumptive Republican presidential nominee Donald Trump responded to the apparent terror attack in Nice, France, on Thursday evening, tweeting that global terrorism "is only getting worse" and announcing that his planned unveiling of his vice presidential pick, originally scheduled for Friday morning, would be postponed

The GOP standard-bearer issued the tweet amid reports that "at least 30" civilians were killed after a truck rammed into a crowd of people celebrating Bastille Day, with police and those inside the truck exchanging gunfire.

"Another horrific attack, this time in Nice, France," Trump tweeted. "Many dead and injured. When will we learn? It is only getting worse."

Trump cited the "horrible attack" in announcing his decision to delay his running mate announcement, though reports suggest it will be Indiana Gov. Mike Pence.

Trump's response is a departure from his more measured reaction to the attack that killed five Dallas police officers last week, to which he responded with "prayers and condolences" and steered clear of the dark warnings that have been hallmarks of his responses to previous attacks.