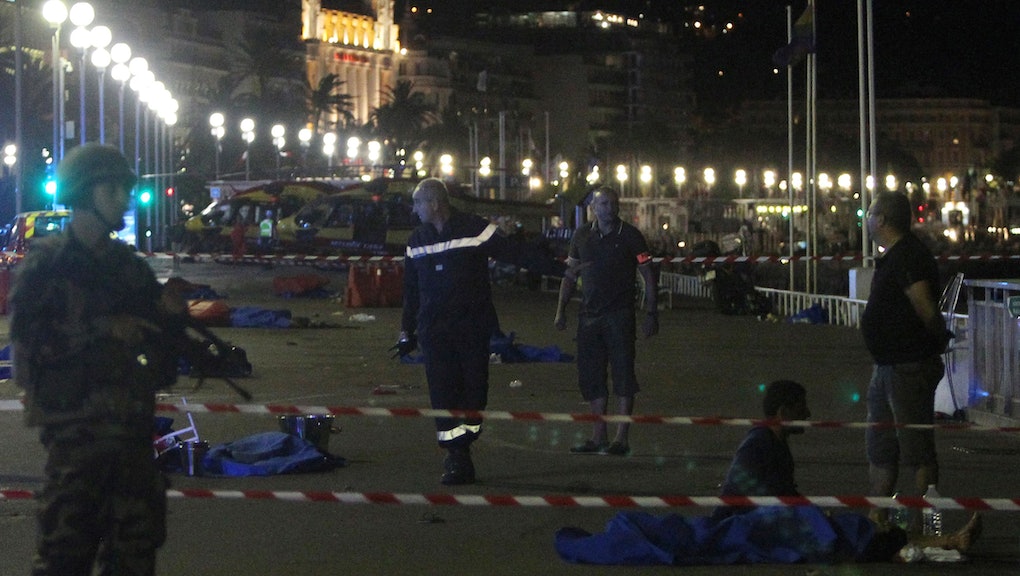 At least 77 people are dead and more than 100 injured after a truck crashed into a crowd during a Bastille Day celebration in Nice, France on Thursday night. The city was put on lockdown, and local government officials are urging people to stay in their homes.

Car service app Uber and local taxis are offering free rides to those who need to escape the Promenade des Anglais, where the attack took place.

Twitter lit up with notices from local businesses that the Nice taxis and Uber cars will evacuate people from the promenade free of charge.

Uber, which has been criticized for implementing surge pricing during crises in the past, is also offering reimbursements to those who are evacuating. Uber's surge pricing is determined by an algorithm, so when there is an increase in activity and requests in a certain area, rides get more expensive automatically. Surge pricing was turned off almost immediately after the attack in Nice, Uber said in an email.