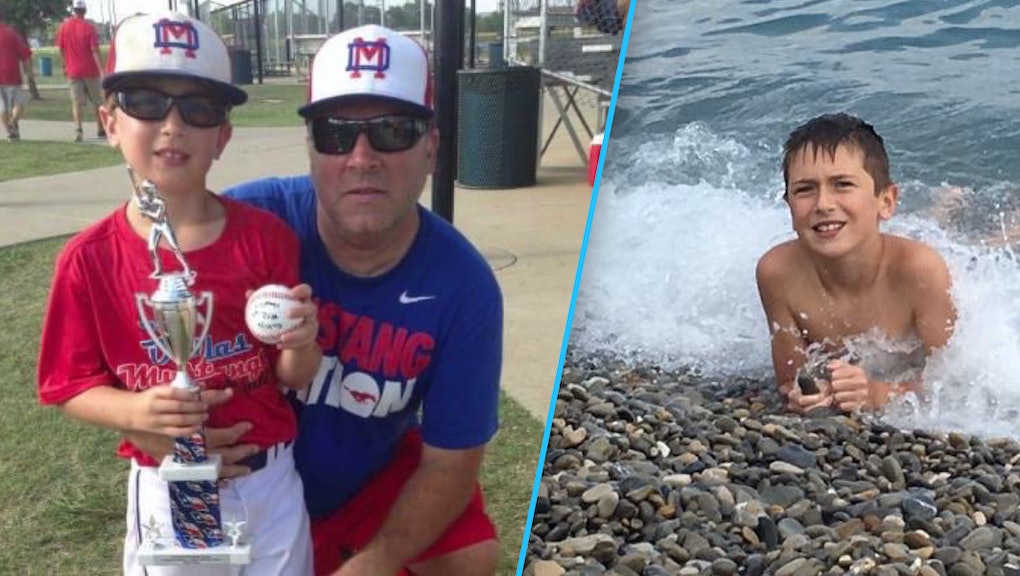 At least 84 people were killed Thursday when a truck plowed through a crowd of Bastille Day revelers in Nice, France. Among the fatalities were a father and son from Texas, according to NBC News.

Sean Copeland, 51, and his 11-year-old son Brodie were visiting the seaside city on a European family vacation that started in Pamplona, Spain, according to family friend Jess Davis, the Austin American-Statesman reported. They lived outside Lakeway, Texas, a city near Austin.

"We are heartbroken and in shock over the loss of Brodie Copeland, an amazing son and brother who lit up our lives, and Sean Copeland, a wonderful husband and father," the family reportedly said in a statement. "They are so loved."

Sean Copeland was the vice president of North and South America for Lexmark's Kapow Software Division, according to the Austin American-Statesman. Brodie reportedly played youth baseball, and his dad was a coach.

Heather Copeland, who identified herself on Twitter as Sean's niece and Brodie's cousin, said it was a "tragic day" for the family.

The U.S. Department of State confirmed two U.S. citizens were among the dozens of people killed in Thursday's attack.