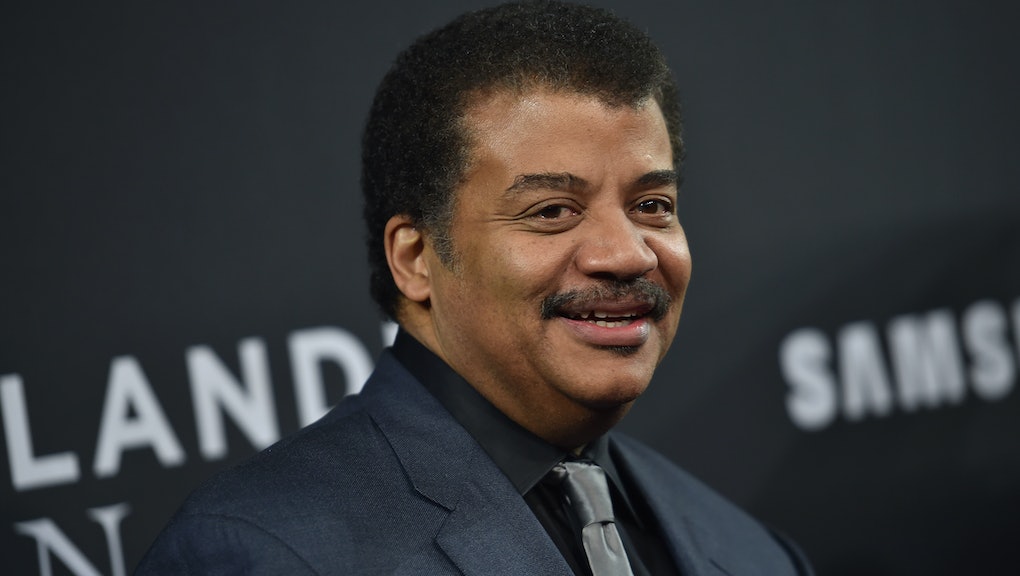 Following the recent deaths of Alton Sterling and Philando Castile, the 114th and 115th known black men to have been fatally shot by police this year, astrophysicist Neil deGrasse Tyson shared an excerpt on Tuesday from his book Dark Matters, recounting his own experiences being racially profiled by police — a reminder that no person of color is ever immune.

According to the passage, which he posted to Facebook, Tyson was attending a conference for the National Society of Black Physicists in 1991 when a banquet with free-flowing drinks and light conversation turned into a heavy discussion of everyday racism.

"One by one we each recalled multiple incidents of being stopped by the police," Tyson wrote. "None of the accounts were particularly violent or life-threatening, although it was easy to extrapolate to highly publicized cases that were."

One colleague had been stopped for "admiring the local flora" during a drive through New York. Another was questioned when out on a late-night jog.

Tyson himself had been stopped for changing lanes without signaling — a common and minor human error that resulted in the death of Sandra Bland while in police custody. The officer said he had been suspicious of Tyson's new license plate. In another encounter, officers stopped Tyson and asked "accusatory questions" when they spotted him carrying books into his new office at his graduate school.

"In total, I was stopped two or three times by other security officers while entering physics buildings, but was never stopped entering the campus gym," he said.

"Being mathematically literate, of course, we looked for 'common denominators' among the stories," remembers Tyson. Naturally, there were very few. Tyson writes that they had all been driving different kinds of cars and had gotten stopped at different times of the day, for example. Aside from being physicists the group had only one other thing in common: being black.

Tyson said the outpouring of shared experience inspired him to alter his keynote speech, adding in ten minutes of reflection on the National Society of Black Physicists' "immeasurable significance to the perception of blacks by whites in America."

Commented one Facebook user on the post, "A scary thought that something as insignificant as having a new plate could've meant the world would have no Neil deGrasse Tyson.

"And an even more horrible thought to wonder," he continued, "just how many Neil deGrasse Tysons the world's already lost?"