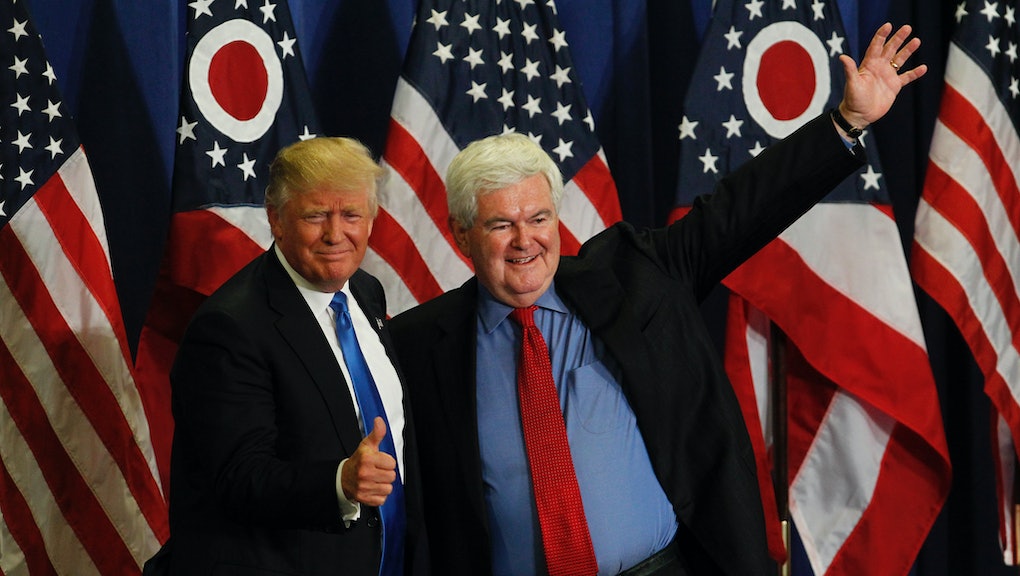 Newt Gingrich Wants to "Test" US Muslims About Their Beliefs

In the wake of a terrorist attack that killed at least 84 people in Nice, France, on Thursday, Newt Gingrich went on FOX News and called for all U.S. Muslims to be "tested" about their beliefs.

"Western civilization is in a war," the Republican former Speaker of the House told host Sean Hannity. "We should frankly test every person here who is of a Muslim background, and if they believe in Sharia, they should be deported."

Gingrich's comments came shortly after a French-Tunisian man identified as Mohamed Lahouaiej Bouhlel drove a truck full of firearms and explosives into a crowd of Bastille Day revelers in the idyllic seaside city.

On Friday morning, Gingrich tweeted that the media had distorted his comments:

His original statement is not particularly surprising coming from Gingrich.

The former speaker is known for his violent comments about Muslims. In 2010, he famously compared building a mosque near the former site of the World Trade Center's twin towers to Nazis building next to a Holocaust museum:

Much of the business man and former reality TV host's campaign has revolved around his racist and Islamophobic views, particularly his enmity toward Muslims, embodied by his call for a "temporary ban" on Muslim immigrants entering the United States.

Also, so much for the First Amendment.

The added irony here is that — whatever your feelings about Sharia law — it is actually your Constitutionally protected right to believe in it.

It's called the First Amendment. And at a time when Republicans are getting especially sensitive to so-called "political correctness" and alleged restrictions on their speech, it might be hilarious for Gingrich to want people deported for their beliefs — if it weren't so incredibly scary.