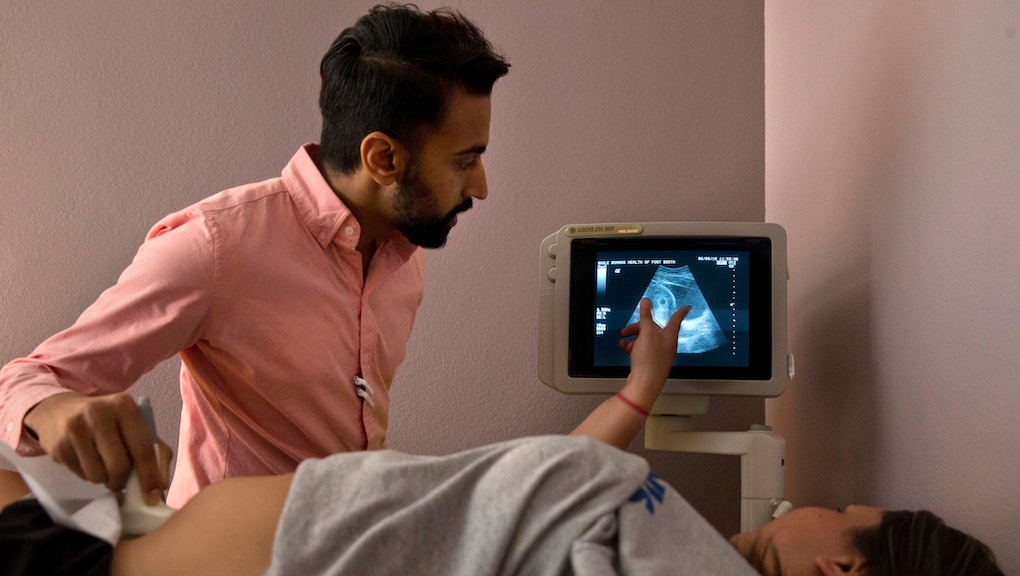 Women Over 40 Are Having Babies More Often Than Young Millennials

Screw the old-fashioned idea that women in their 40s are too old to have kids. New British data shows that women over the age of 40 are becoming new moms at a higher rate than teens for the first time in seven decades.

Across the pond, many American women are waiting to start having kids until after 30 and giving birth long after 40. The Centers for Disease Control and Prevention reported that the percentage of first-time mothers between the ages of 30 and 34 increased dramatically from 2000 to 2014. Now, women over 35 are giving birth to a whopping 9.1% of American newborns, and the birth rate for women aged 40 to 44 reached 10.6 births per 1,000 women in 2014.

These statistics reflect a clear demographic trend: Women are getting pregnant later in life, even though their fertility ostensibly decreases with age. Part of the reason for this has to do with improved fertility treatment technology, but it's not just that birth rates are rising among older women: it's that they are falling among younger women as well.

In the United States alone, the birth rate for younger women fell 15% between 2007 and 2012, according to a study by the Urban Institute, largely because young women are postponing motherhood to focus on their careers and financial security. Reports from the Pew Research Center show that an increasing number of women are choosing to opt out of parenthood altogether.

The rising birth rate among older women, coupled with the declining birth rate among younger women, shows a clear demographic shift: Women are increasingly refusing to listen to alarmist rhetoric about "biological clocks" and opting instead to have kids on their own schedules, if they even want to have kids at all. All things considered, maybe it's time to stop associating fertility with youth and start framing it in the context of healthy family planning.