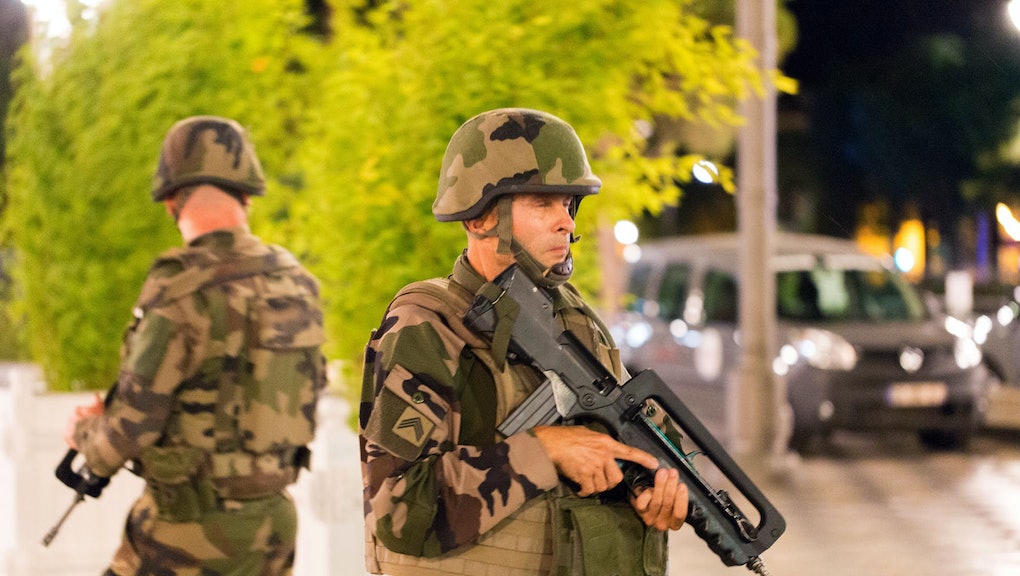 Thursday's terrorist attack in Nice, France, was not just a staggering loss of life — it was a field day for Islamophobes on Twitter, and they did not hold back.

After a French-Tunisian man identified as Mohamed Lahouaiej Bouhlel drove a truck full of firearms and explosives into a crowd of Bastille Day revelers in the Riviera city — killing 84 people and injuring 100 more — the hashtag #FightForWesternCivilization began to trend on social media.

Its premise? That Thursday's violence, along with similar terror attacks in recent years, was due to some inherent cultural deficiency unique to Muslims that was somehow incompatible with "western civilization" and values.

Here are some examples of the tweets:

And here's why they are absurd.

The issue, at its most basic, is threefold: First, that the entire Muslim religion — which comprises 1.6 billion people worldwide — can or should be held accountable for the actions of a small minority of individuals is illogical and dangerous.

Second, we cannot talk about western civilization without talking about the mass atrocities that have been committed by people, nations and regimes that march under its banner. These include the trans-Atlantic slave trade, centuries of European colonialism (one of the major vestiges of which, South African apartheid, did not end until 1994) and the Holocaust, to name a few.

And finally, Muslims play an integral role in nearly every single western society in the world. Muslim Americans and Muslim Europeans are also Americans and Europeans. To continually frame them as some foreign horde that is not just inherently alien, but inherently opposed, to western civilization is patently inaccurate.