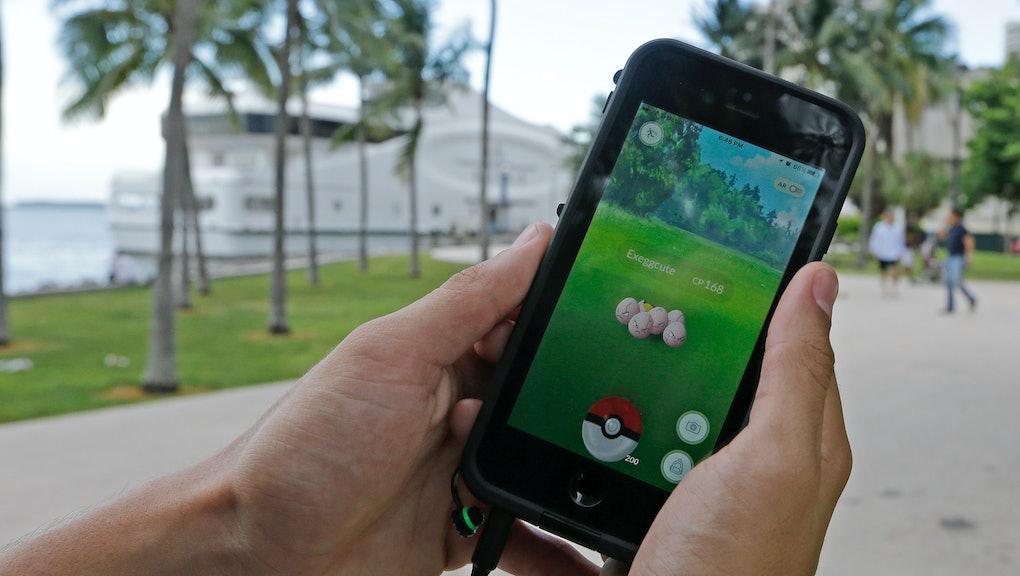 Are you shackled by the prison of your desire to find coveted rare Pokémon that always seem to be three footsteps away?

Do you still dive head-first into those rustling leaves in the hopes of catching them all — or even just one?

As SkyriderRJM pointed out on Reddit, you can use the map used in Niantic Labs' pre-Pokémon Go game, Ingress, to pinpoint a likely location for Pokémon three footprints away.

For the uninitiated, Pokémon Go isn't the first augmented reality smartphone game sending millions of humans out into the real world. Game developer Niantic, a Google startup, first rolled out Ingress, a game that has "agents" run around to "portals" in their city in the same fashion that "trainers" are running around looking for Pokémon.

And as SkyriderRJM noted, clusters of energy, or XM generation, within the Ingress app correlate to hotspots for Pokémon.

"I've found consistently, that areas that have dense clusters of XM are where you are going to find Pokémon," SkyriderRJM wrote. "As such, the Ingress app becomes invaluable to individuals like myself who do not live in a urban area. Glancing at the Ingress app allowed me to find a Squirtle with three footprints last night within ten minutes."

"Glancing at the Ingress app allowed me to find a Squirtle with three footprints last night within ten minutes."

To test out SkyriderRJM's theory, you can download the Ingress app for Android or iOS. Once open, you'll want to mosey on over to clusters of white dots. You will gobble up the energy in the Ingress game so that others won't be able to see the XM generation spots until they regenerate.

"The classic Google Maps experience is really about navigation, but how do you unearth little gems in a neighborhood?" John Hanke, chief executive of Niantic Labs, told Mic last year. "The [Ingress] game mechanic is there as an incentive, and it nudges people to get out, meet new people and discover new places."

IRL: It's so hot right now.