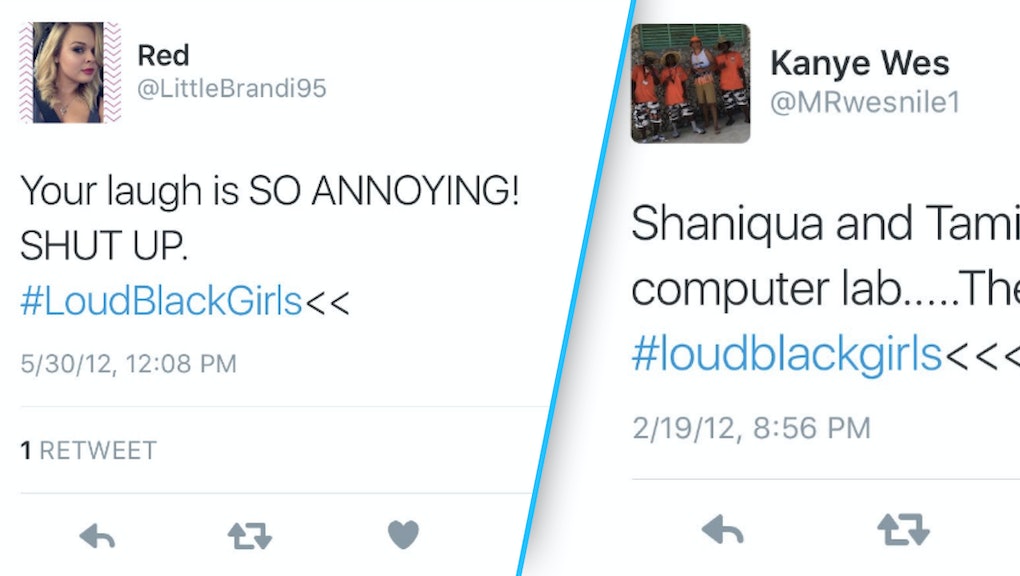 While there's an enduring sexist trend of criticizing and policing women's speech — from chiding vocal fry to policing words such as "like" and "sorry" — for women of color, this misogynistic tendency is also compounded by racism.

Black women speaking at a normal volume in their natural tone of voice are easily dismissed as being loud or angry. On Friday, writer and activist Feminista Jones posted a Twitter blast, asking black women to talk about how they "found their individual voice and how they use it," subverting the racial stereotype with the hashtag #LoudBlackGirls.

Jones began the thread remembering Erica Garner, Eric Garner's sister, who said she had to be "belligerent to be heard" after the death of her brother. "When I hear #LoudBlackGirls, I think of how many of us are routinely silenced by violence," Jones wrote.

Other women joined in, using the hashtag to recount their own experiences of being pegged as a "loud black girl," sharing how they've learned to eschew the stereotype and express themselves.

Others pointed out deep-seated double standards that ask black women to stay silent, unless their voices serve dominant groups:

And at least one user admitted that they're still on a journey toward self-acceptance:

"All they can do is try to silence us so we don't steal their shine and their power," Jones tweeted. "Nah. We not having it."