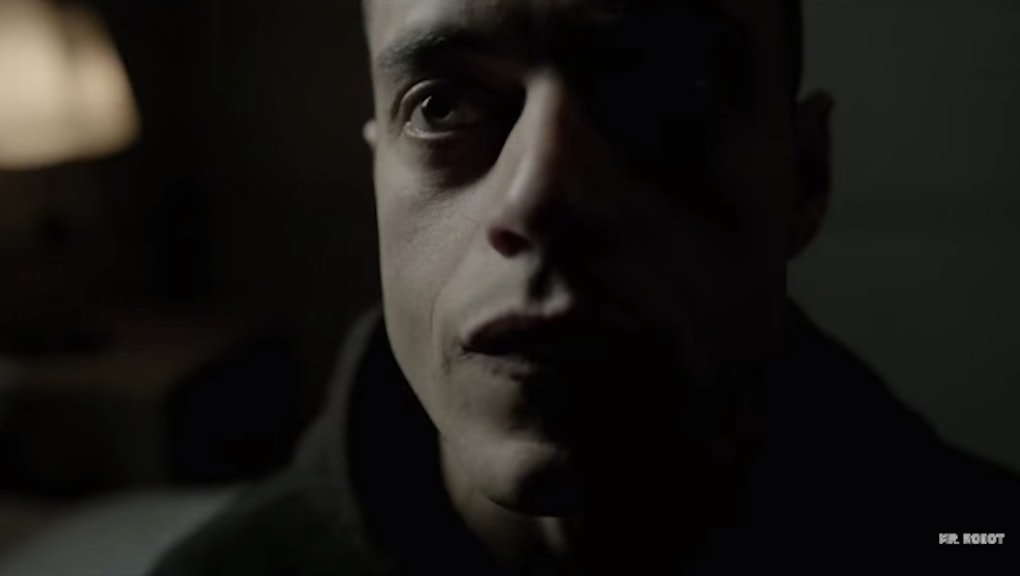 Did You Catch This Incredible Easter Egg in the 'Mr. Robot' Season 2 Premiere?

Mr. Robot just made QR codes — those pixelated square logos most people ignore — cool. That's a hell of a feat.

We can confirm the QR code is scannable (we tested it out using QR Reader for iOS). It leads you to a website for something called Confictura Industries.

The graphics are very '90s web aesthetic, and as Polygon pointed out, it's optimized for Netscape version 3.0, "making the website in question at least 21 years old."

However, if you click on the Terms of Service or Privacy hyperlinks at the bottom of the web page, it navigates you to a USA Network and NBC Universal landing page, respectively.

Get ready to dive into some wild fan theories

The Mr. Robot season two Easter egg may point to a venture Elliot's dad (Christian Slater) took upon himself following the downfall of the family computer shop, Mr. Robot. Polygon notes that if the website is supposed to be 21 years old, that would make its origin date around the same time Elliot is in the hospital following an accident.

"Confictura Industries" is also seen on a composition notebook in the show, as an Imgur user pointed out.

Another Reddit user notes that at the bottom of the source code for the site spells out YOU ARE NOT ALONE.

Confictura is also Latin for imagination, invention or fantasy — so maybe this is just all in our heads. Or maybe, as one fan theory details, it's in Elliot's head.