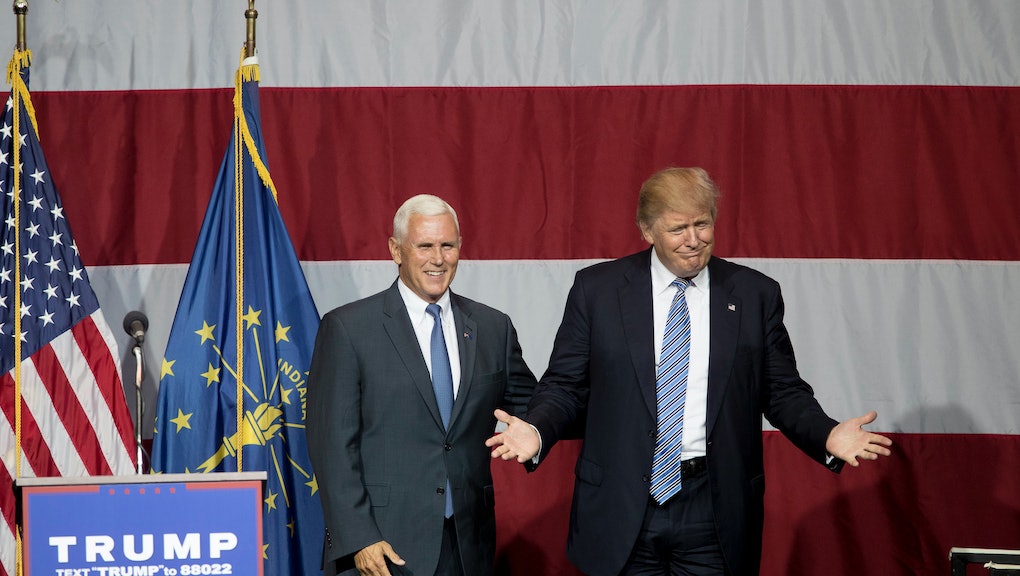 At the same time, Trump unveiled the campaign's new logo, an American flag where the stars were replaced by a P with a T going through it, an image that led Twitter users minds to the gutter.

Some thought the T penetrating the P evoked the hand gestures people often use as the sign for sex.

The snark was relentless.

Even former Rep. John Dingell, the longest-serving member of Congress in history, couldn't help but get in on the joke.

Trump and Pence will appear together as a ticket — along with their new logo — for the first time at 11 a.m. Eastern Saturday in New York.