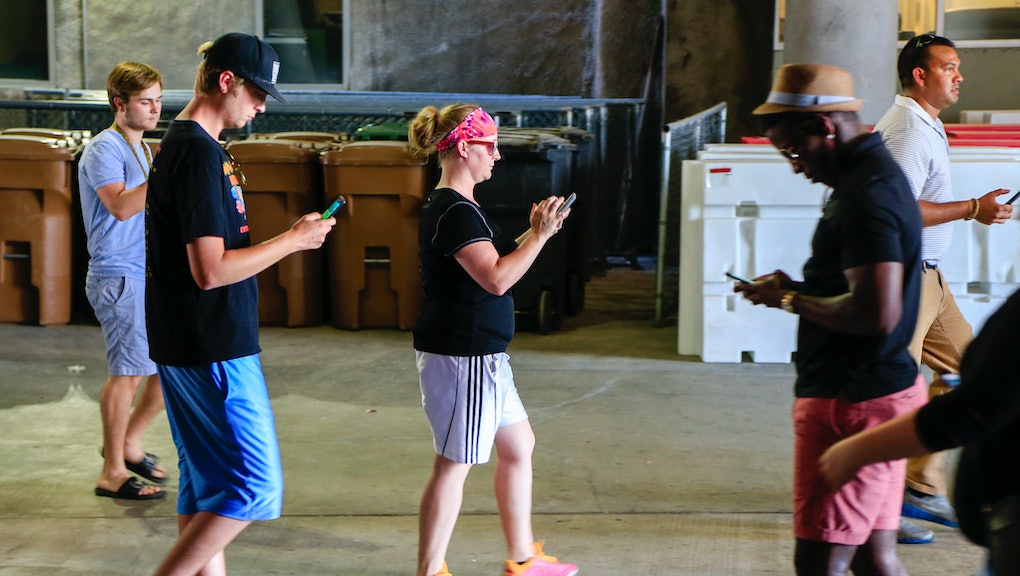 'Pokémon Go' Is a Game-Changer for Gamers. For Nintendo? Maybe Not

Pokémon Go is already literally the most widely played mobile game in U.S. history, but there actually might be less money in it than you'd expect for Nintendo, which owns one-third of the Pokémon brand.

The game has generated a ton of hype, and not just among young gamers: After Pokémon Go went viral, investors poured money into Nintendo. Last Friday, Nintendo became Japan's most traded stock in a century.

That prompted Nintendo's market capitalization (investor-speak for the value of a company) to rise a whopping $17 billion in less than a week.

Bullish investors say the new game is a signal that the century-old company has figured out how to innovate for emerging platforms.

"The success they're having already with this game ... shows they have the ability to create games for new types of technology, in this case augmented reality," said Andrew Chanin, CEO of ETF company Purefunds, which sells a fund devoted to video game stocks. "People who thought that Nintendo's best days were over maybe missed out on this opportunity ... [Nintendo is] essentially licensing one of their great franchises instead of forcing users to just play on a Nintendo console. They're looking at other areas of distribution," he said.

While it is a savvy move for Nintendo to seek out other revenue streams after struggling in recent years, the success of Pokémon Go comes with a pretty important caveat: It is Nintendo's most successful game in recent memory, and Nintendo didn't make it.

That honor belongs to Niantic, a software company that started off as a unit within Google focused on creating cool apps to use with Google Maps, and was spun out as its own company last year.

That Nintendo licensed out Pokémon Go means the gaming company won't get to keep a lion's share of money created from the Pokémon franchise, as profits will be split among several parties.

In fact, some investment bank analysts believe Nintendo is likely to receive "little direct profit" from the game, the Wall Street Journal reported last week — and what revenues are generated could amount to only a "drop in the bucket" for multi-billion-dollar company Nintendo, a gaming market data analyst told CNBC.

Now, the company plans to unroll more ways of making money in the future. There are in-app purchases, which allows users to buy items and other improvements within the game, and it also allows businesses to attract customers to their stores — for a fee. Soon, Pokémon Go will also start selling ads.

But with so many hands in the proverbial pot, it's unlikely that this one game can be the spark that re-ignites Nintendo's fires: Despite the recent price climb of Nintendo stock, it's still worth half of what it was worth back in 2007 when it reached its all-time-high.

Factor in mounting privacy concerns and the ephemeral popularity of apps and you might have a solid example of how hype doesn't necessarily translate into value.

As you might — but probably don't — remember, Yo and Meerkat were two breakout viral apps of yesteryear.

Yo raised some serious cash thanks to its surge in downloads, and was even thought to be worth more than $7 million... before eventually fading from relevance.

Pokémon Go could outlive both Yo and Meerkat, and Nintendo might still struggle to regain relevance.