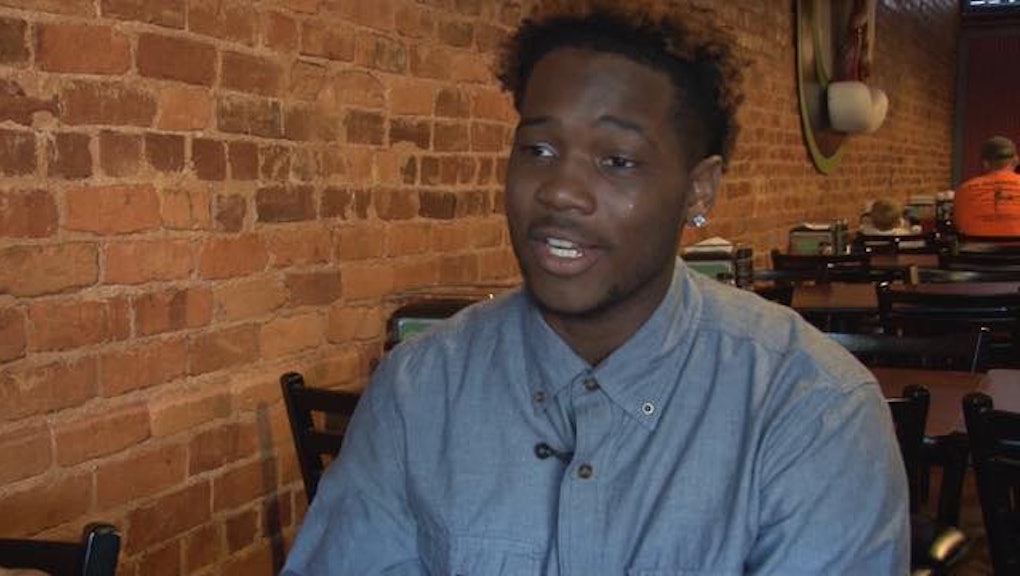 When most college students register for courses, the process is relatively simple. All that's usually required is access to the internet or a quick trip to the registrar's office.

Fred Barley is not like most college students. The 19-year-old homeless man biked over 50 miles in sweltering Georgia heat Saturday to ensure he could register for classes at Gordon State College in Barnesville on time. Barley carried two duffel bags filled with all his material possessions and two gallons of water on a bike he borrowed from his younger brother.

The Gordon State campus was a six hour ride for Barley, who is majoring in biology and plans to eventually attend medical school. When he arrived in Barnesville, he pitched a tent on campus and decided he would remain there until the small college's dorms opened in August.

That is, until police officers caught wind of him. After speaking with the homeless prospective student, officers took him to a motel in the area and paid for a two-night stay.

"We get to talking with him asking where he's from and he tells us the story of [his] bike ride from Conyers," Officer Richard Carreker told Fox 5 Atlanta. "I'm like man this is crazy."

"He was so understanding and he said, 'I definitely I applaud you for doing this. We can't allow you to stay here, but I have somewhere you can stay,'" Barley told WSB-TV.

After Barley's story was shared on Facebook, many people sought ways to help, including donating a new bike, school supplies, clothes and more.

One of those people was Debra Adamson, the owner of local pizza shop. Adamson hired Barley as a dishwasher after reading his story, and plans to work with him through the school year.

"She hired me on the spot," he told told Fox 5 Atlanta. "She didn't even know my first or last name."

Barnesville resident Casey Blaney and the owner of the motel are paying for Barley to stay in the room until the dorms open officially.

"I was shocked by how much support people will give from Lamar County and counties all over and even people from across the country that I've never met just wanted to help so much in my life. I was just so shocked and grateful," Barley told WSB-TV.

Blaney created a public Facebook group titled "Success for Fred," which now has over 15,000 members. She has also set up a GoFundMe campaign for Barley, which has raised over $62,000 in just three days.

Despite the amazing donations and gifts Barley has received over the last few days, he values the relationships he has established within the small town more.

"Some of the gifts aren't as important as the friends I've made," Barley told WSB-TV. "More important than everything — the clothes, the shoes — the relationships mean so much more to me."