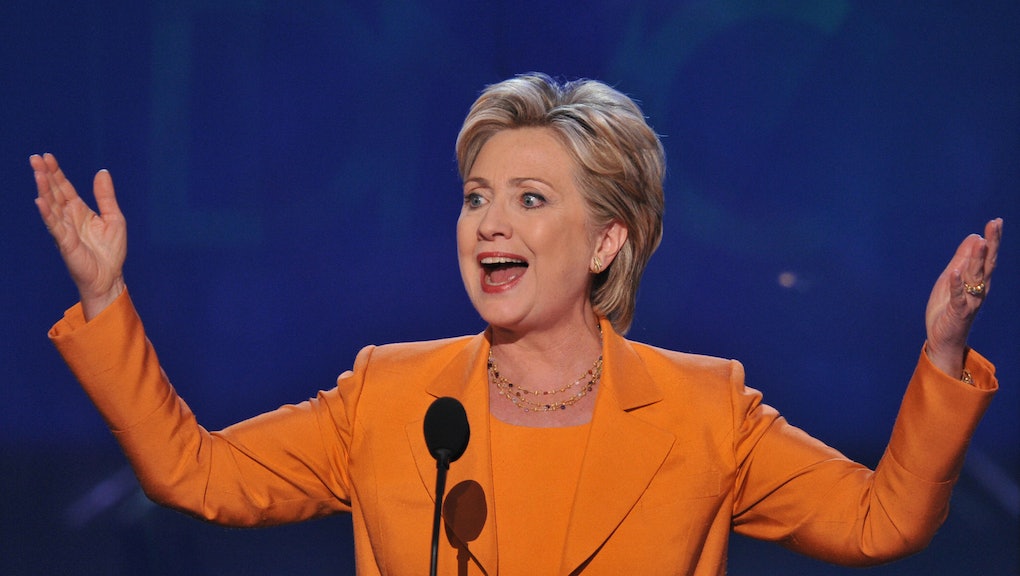 DNC 2016 Speakers List: Who’s Speaking on Each Day of the Democratic National Convention

As Donald Trump and the Republican Party continue to search for speakers at the Republican National Convention, Democrats released their initial list of speakers Friday — which includes some of the biggest names in politics.

"While Republican leadership continues to run away from Donald Trump, and refuse to participate in the upcoming Republican convention, the Democratic convention will showcase enormously popular national leaders, rising stars from across the country and a diverse range of everyday Americans who will inspire the nation" the Democratic National Convention Committee said in a news release.

Still missing from the lineup is Clinton's vice-presidential running-mate, whom Clinton has yet to announce. Whoever she picks is guaranteed to have a high-priority speaking slot at the convention.

But for now, here's an initial look at who is speaking each day of the Democratic National Convention — which begins on July 25 in Philadelphia and ends July 28.

The theme of the first night of the DNC is "United Together."

Michelle Obama, Sanders and Astrid Silva — an undocumented immigrant and DREAMer — will all speak in prime-time slots.

"Monday will focus on putting the future of American families front and center and how we're stronger together when we build an economy that works for everyone, not just those at the top and when everyone has a chance to live up to their God-given potential," the DNCC said in a release.

Silva, on the other hand, "will share her story and her fight to keep families together."

On Tuesday, Democratic delegates will officially vote to nominate Clinton as their nominee

The theme of Tuesday's line-up is "A Lifetime of Fighting for Children and Families."

As is customary with the second night of the convention, Clinton's spouse, former President Bill Clinton, will speak about his wife's career.

The night will also feature the "Mothers of the Movement" — a group of black women whose children were killed by gun violence. These women have been some of the biggest cheerleaders of Clinton's candidacy.

The Mothers of the Movement who will speak are:

The theme of the third night of the convention is "Working Together."

It will feature speeches from Barack Obama and Biden, who the DNCC say will "take an in-depth look at just how high the stakes are in this election and how Hillary has the experience and steadiness to bring people together to tackle the big challenges and get real results."

The final night of the convention will have a theme of "Stronger Together."

On this night, Clinton will deliver her nomination acceptance speech and, according to the DNCC, speak about "her belief that we are stronger together and that America is at its best when we work together to solve our problems."