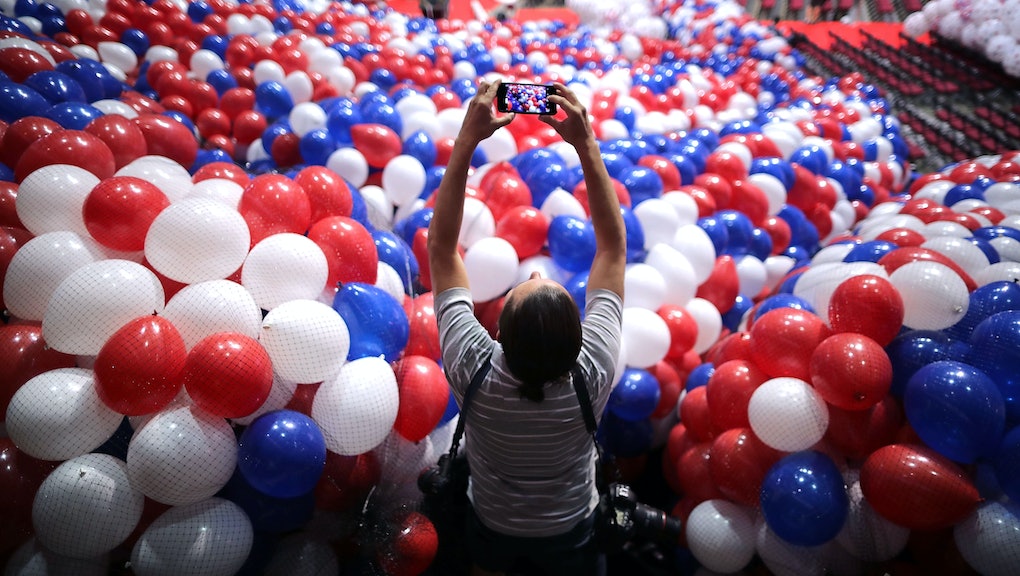 RNC 2016 Preview: Everything to Know Before Monday’s Kickoff to GOP Convention

It may feel like the presidential race has been going on for an eternity — after all, presumptive Republican nominee Donald Trump announced his candidacy over a year ago, and political commentators have been speculating about Hillary Clinton's present run since 2012.

But the real horse race officially begins on Monday, at the 2016 Republican National Convention in Cleveland, Ohio.

Starting as early as December, there were predictions of a "brokered" or "contested" convention, one where no one receives the simple majority the Republican National Committee requires for a candidate to win the presidential nomination. At that time, there were still remained 13 candidates, with Trump and Ted Cruz as the two frontrunners.

However, when Cruz and John Kasich suspended their campaigns in May it became highly likely Trump would be able to secure the magic number of 1,273 delegates, clearing the path toward the nomination. Now, Trump boasts 1,542 delegates with virtually nothing standing between him and his party's presidential bid.

Yet, some are still determined to thwart Trump.

This week, a small group of delegates in partnership with other #NeverTrump advocates pushed to free the delegates so they could change their votes and nominate someone else at the convention. Nonetheless, the RNC killed the proposal to unbind the delegates, and they will — they must — maintain their votes for Trump.

Caitlyn Jenner, who's sparked controversy and criticism before with her endorsement of Trump, will be heading to Cleveland not to attend the convention, but to rally Republican support for LGBT issues. Representing the LGBT community at the actual convention will be Peter Thiel, the first gay man to speak at the convention in 16 years, according to NBC.

Though rumors abounded that Tim Tebow would speak at the RNC, on Thursday the football star denied the reports in an Instagram video.

But what to expect from Trump himself?

Probably the usual amount of pride, boasts and overstatement that have become signature for the candidate who, over the last several months has done everything from brag about his penis to promise to build a wall. And though some have called Trump's speeches and demeanor more "presidential" than before, the true essence of the billionaire businessman — blunt, undiplomatic and unapologetic — will most likely remain.

Ultimately, despite the criticisms, despite the calls to #DumpTrump, despite the quibbles over delegates, on the final day of the RNC, the red, white and blue balloons will float down from the rafters of the Quickens Loan Arena and land on Trump.