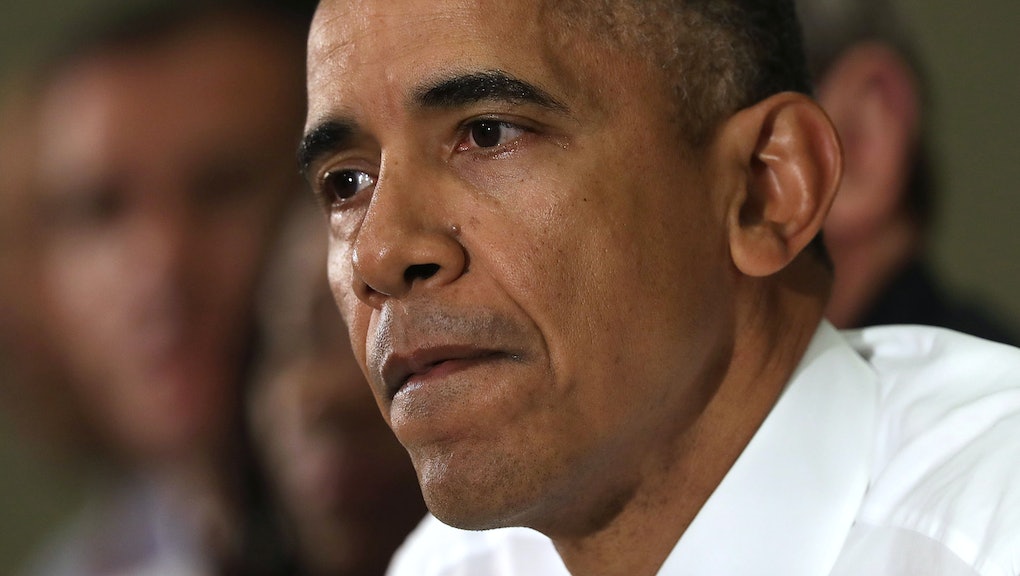 Denizens and politicians around the world paused Friday to mourn the loss of at least 84 lives in Thursday night's terrorist attack in Nice, France.

Suspect Mohamed Lahouaiej Bouhlel drove a truck for a mile through crowds gathered to watch Bastille Day fireworks, mowing down spectators and reportedly opening fire on them, before being killed himself by law enforcement.

On Friday, President Barack Obama formalized a period of mourning in the United States, ordering all official flags fly half-staff from July 15 to 19.

Obama also released a statement Thursday night to "condemn in the strongest terms" the attack, and offer any assistance possible to the French people. The White House's official Twitter account tweeted a copy.

"We stand in solidarity and partnership with France, our oldest ally, as they respond to and recover from this attack," the statement read.

No organization has yet claimed responsibility for Thursday night's carnage, according to Time, leaving many to believe Bouhlel acted as a rogue fanatic. This is the third major attack in France over a roughly 18-month period.