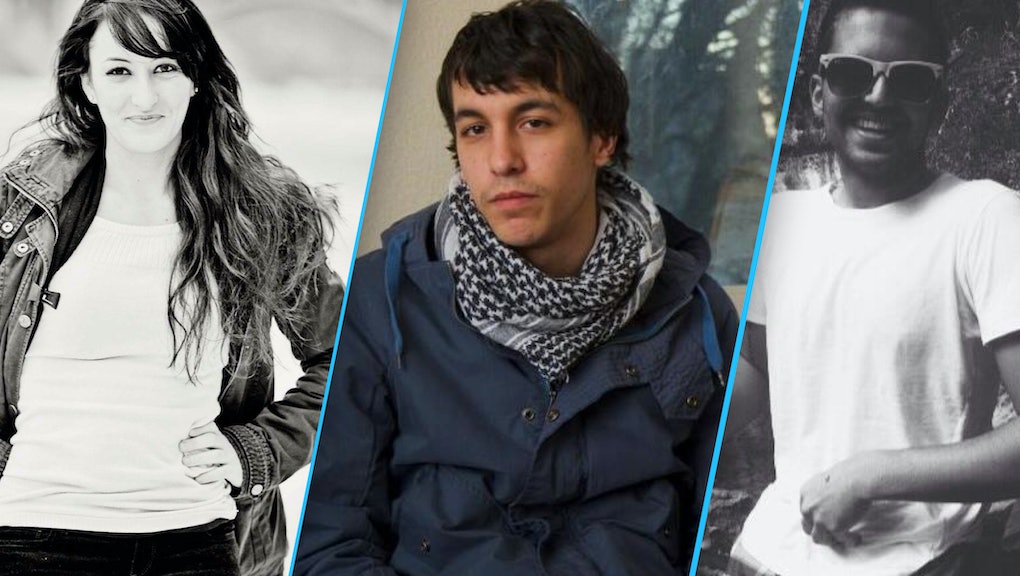 After Bastille Day Attack, Young Muslims and Arabs Fear for Their Future in France

During Bastille Day celebrations, Mohammed Lahouaiej Bouhlel drove a truck — filled with firearms and explosives — down a promenade in Nice, France, killing 84 and injuring 100 people.

President of the right-wing National Front Party president Marine Le Pen has already used the terrorist attack as an opportunity to use anti-Muslim rhetoric and proposed a fight against "Islamic fundamentalism." This was the third terrorist attack in France within 18 months, and like they did after the Charlie Hebdo and Paris attacks, French Muslims are bracing for the backlash.

Mic spoke to several French Muslims about their initial reactions to the attack in Nice and their concerns about their future in France. Here are their stories.

On Bastille Day attack: "My first reaction, as a French Tunisian, when that happened last night was (and it might sound shocking): 'I hope he is not Arab.' Of course now we know that he is and Tunisian on top of it. So I already knew the media were about to point this out first, as well as his religion, and encourage even more discrimination and racism toward Arabs and Muslims in France, like there wasn't enough to start with. For many people, Arabs and Muslims is the same thing anyway. I am from the South of France and lived in Nice. This area is known to have a lot of racism."

On being Muslim in France: "I have always experienced discrimination in France when it came to finding a job — or even insults from people. The main reason I have moved to the U.S. is because I feel more at home here than in my own country. I don't think the mentality of this country will ever change, unfortunately, and now Muslims and Arabs are even more targeted there and in the world. But I guess I have it good because I am not an 'obvious' Muslim and don't wear the hijab."

On Bastille Day attack: "I do not have words to say the sadness and horror within which we find ourselves. My sister-in-law was on the street on which the incident occurred. She was panicked and horrified."

On aftermath and future in France: "Unfortunately, the Arab and Muslim community will be blamed again. We are going to continue to be victims of Islamophobia. We have a battle to fight. We cannot let people associate criminals with our religion of peace and love. Unfortunately, I am not optimistic about the future of Muslims in France."

Unfortunately, I am not optimistic about the future of Muslims in France.

On Bastille Day attack: "I initially heard about the attack on NPR during my lunch break while it was still preliminary ... I brushed it off as an accident, possibly by a drunk driver. Then after work, I heard [the numbers] shoot up to dozens killed, and my first thought was shock and grief for those lost, immediately followed by that guilty thought of: 'Please don't let it be a Muslim.'

On future for Muslims in France: "I think attacks against Muslims will continue to spike given the extreme nationalist rhetoric and generalizations of all Muslims. Instead of calling for solidarity and a united front against this terrorism that affects all of French society — including Muslims and Middle East/North Africa folks — it's simply used to scapegoat an entire group.

The text read: '80 people died last night in Nice.' The first thing that came to my mind was 'Please God, please not another terrorist attack.'

On being Muslim in France: "Some people in France — especially on social media — will put all Muslims in the same box, forgetting that we're victims here too. They forget that terrorists are crazy and have nothing to do with Islam — at least the Islam I know. The Islam that I love and respect."

On Bastille Day attacks: "I am deeply shocked and saddened by the news of the horrendous attack in Nice, indiscriminately targeting innocent civilians. While I understand the emotions surrounding this heinous act, especially since the memory of the Paris terrorist attacks is still vidid among French, the reality is that we do not know yet the motivations of the killer. The case of the Orlando shooting taught us not to jump to conclusions so quick. And respect for the victims and their families should oblige us to refrain from speculations."

On being Muslim in France: "While my first thoughts go to the families of the victims, which include Muslims, I can't help but worrying about the consequences of the Nice attack on the French Muslim community. As Muslims, we know the pattern: We are guilty until proven innocent, our faith being associated with the criminal actions of a few, driven more [by] politics than religion. We also know that the surveillance state will target us specifically, as it has been the case since the Charlie Hebdo and Paris attacks.

I can't help but worrying about the consequences of the Nice attack on the French Muslim community.

On Bastille Day attack: "I'm afraid the Nice attacks will further perpetuate the already untenable climate of bigotry that's been demonizing but also unjustly criminalizing Muslim brothers and sisters in this country for a while now. Putting a halt to the French government's ever growing authoritarianism, irrationality and contempt will require a great amount of patience and a solidification of our networks of solidarity and activism."

On being non-Muslim Arab in France: "I think it is essential, in the current French context, to connect racism to Islamophobia and treat the latter as a now-racialized institutional and social phenomenon. Many non-Muslim Arabs, such as myself, face discrimination, which is itself deeply rooted in ever-growing Islamophobic sentiment."

"Following the Charlie Hebdo and November attacks, I've been insulted on the street by random pedestrians; thrown out of a crowded subway by an older gentleman who shouted 'leave us alone' to my face; called a 'radical with dubious intentions' by a college professor who orally interrogated me on Palestine, even though it had nothing to do with his class curriculum; and harassed/inspected by the French police countless times."

On Bastille Day attacks: "The attacks happened where some of my family and friends live. The street, La Promenade des Anglais, runs along the sea. It's beautiful. I drove there billions of times and even watched the fireworks on Bastille Day in the past. I could've been killed — even though I am Muslim. It could've been my Muslim family and friends. My two friends who were at the scene of the attack tried to escape and hide in a restaurant. They were praying to stay alive. Their kids were crying, and they were trying to protect them. We, as Muslims, are a target too. And now, because of France's rampant Islamophobia, we are targeted once more."

My two friends who were at the scene of the attack tried to escape and hide in a restaurant. They were praying to stay alive.

On being Muslim in France: "I am a French woman of Algerian descent, but I have never been considered French in my own country. I was always an Arab first. We were taught to believe that we were Arabs living in France, because our country was nice enough to let us stay here and give us an education. That's how we, Arabs, grew up. That's what they taught us. That's how they wanted us to feel. I miss France a lot, but because of everything that is going on lately — in the Middle East and the attacks in Europe — and that I am now rejected for being both Arab and Muslim, I don't feel safe going back."