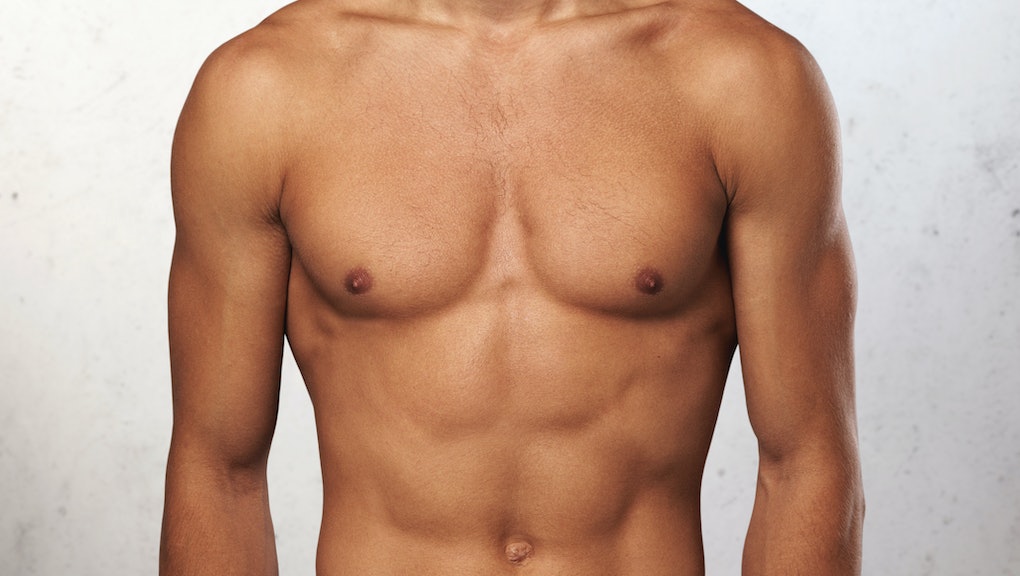 When Brandon* was just a teenager, he discovered that his father was having an affair. "It bothered me for years," he said in an email to Mic.

However, his discomfort with his father's infidelity later manifested itself in a surprising way: he developed what he calls a "fetish" for married men.

"There's something about content based on an unfaithful man [that's] exciting for me," Brandon, who describes himself as "a gay man in his late twenties," said. "The attempt of secrecy, the idea he is showing off to an audience when he really shouldn't."

Even though these men are all ostensibly straight, they submit their images to the site, Brandon says, because they enjoy being lusted after by anonymous strangers on the internet. "[They] want to show off something that should be forbidden to others," he said.

"[They] want to show off something that should be forbidden to others."

Susan Krauss Whitbourne, a psychology professor at the University of Massachusetts Amherst, believes that the forbidden nature of married men makes them an obvious subject for women's fantasies.

For gay men, the unattainability of a wifed-up man is doubled: not only is he married, but he's also presenting to the world as straight, and likely hypermasculine.

The man behind the NSFW Tumblr account "Service Married Men" (who prefers to remain anonymous) says that his site was inspired by more than just a distant fantasy. It was directly inspired by his many real-life experiences with, um, servicing married men.

"There's a certain safety about them," he explained in an email.

"No risk of emotional attachment, as it's purely the physical pleasure they crave, not the romantic entanglement. Plus, a guy knows what another guy likes," he said.

The taboo associated with certain gay male sex acts adds to the thrill of such encounters, he added.

"I would never engage in any sexual acts with married men," he said. "I just simply enjoy this content because I hate it."

Still, Brandon doesn't have any shame or self-consciousness about his desire for married men, provided the fantasy always stays confined within the computer screen.

"Fetishes can be made by some negative life experiences," he said. "My fetish and past issues do not affect me enough to cause me any pain, so I would call it healthy and normal."