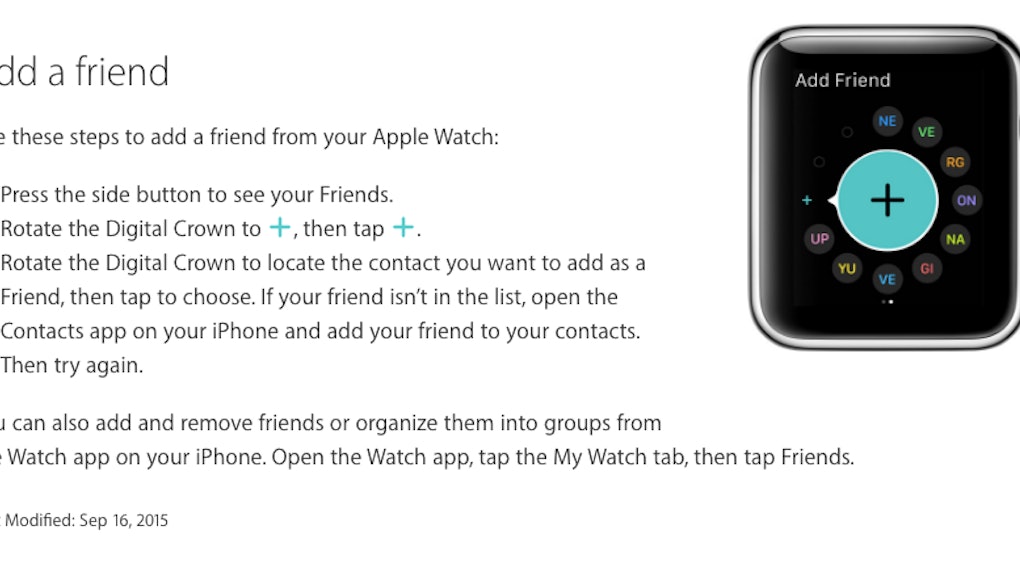 Rickrolling, the art of redirecting someone to Rick Astley singing his 1987 hit "Never Gonna Give You Up," is one of the most well-known pranks on the internet. According to Know Your Meme, Rickrolling first appeared on 4chan in 2007, and now it's so ubiquitous even Apple has embraced it.

In 2012, Apple snuck a Rickroll into the iOS 6 beta 4 change log as an inside joke for developers, the Verge reported. In 2013, the Daily Dot reported, Apple's iOS 7 support page featured a screenshot of the control panel you see when you swipe up from the bottom of your iPhone. The music playing on iTunes was, of course, Rick Astley.

Apple's now hiding a new Rickroll in its online iOS 10 support. On the page that shows you how to use Digital Touch on the Apple Watch — this is a new feature that lets you send drawings or heartbeats to friends via Messages — you see an image of someone's contact list on the Apple Watch, a redditor found.

"Never gonna give you up/ Never gonna let you down" — kind of like what Apple is doing with the Apple Watch, despite middling reviews and plummeting sales.