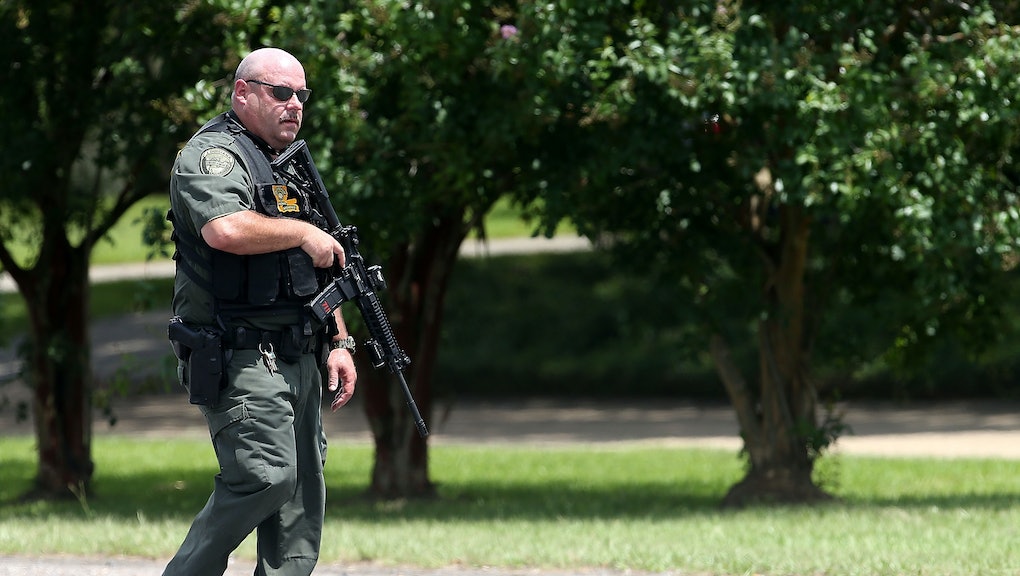 The person identified as the gunman in the deadly shooting in Baton Rouge, Louisiana, seems to have left an extensive online trail.

Authorities initially released few details about the shooter, giving only the name "Gavin Eugene Long" as the identity of the deceased man found at the scene.

Twitter user Henry Krinkle alerted Mic to the existence of a website called "Convos With Cosmo" with registration info matching a "Gavin Long" from Kansas City at around 5:21 p.m. on Sunday.

"Cosmo" wanted it to be known that if he were to be involved in something terrible, he had no affiliations to other organizations.

An Associated Press description of the shooter's house (a "small turquoise frame house with a front porch is in a lower income neighborhood in the southern part of the city") matched the address listed by the registrant of the same website. Calls and text messages to the number listed went unanswered.

But the website appears to have been created in the past few months and features blog posts and podcasts billing the author as the "world's foremost authority on 'Alpha Preneurism.'" Convos With Cosmo describes numerous self-help articles on masculinity and success, including articles lamenting "beta" males and lauding "alpha" males.

The person behind Convos with Cosmo, who went by the pen name Cosmo Setepenra on LinkedIn, repeatedly wrote or recorded videos on masculinity, protests against law enforcement and responses to "bullies."

In a since-deleted YouTube video, "Cosmo" said he had visited Dallas earlier in July and explained that he believed "100% of revolutions, of victims fighting their oppressors, of victims fighting their foes, 100% have been successful through fighting back, through bloodshed. Zero have been successful just through simply protesting. It doesn't — It has never worked and it never will."

The man in the video referred to founding father George Washington and how his revolution, which would have been reviled by the British if it had failed, was instead remembered as a noble use of violence in favor of the oppressed.

"You've got to fight back, that's the only way a bully knows to quit," he added. "He doesn't know words ... the alpha ones know what it's gonna take ... revenue and blood. Nothing else. Don't even think about it."

Hours before the shooting, the creator of the website posted a tweet seemingly intended to convey that he believed in a form of life after death.

The suspected shooter, Gavin Long, who shot at least six officers in Baton Rouge, was confirmed dead by multiple sources on Sunday.