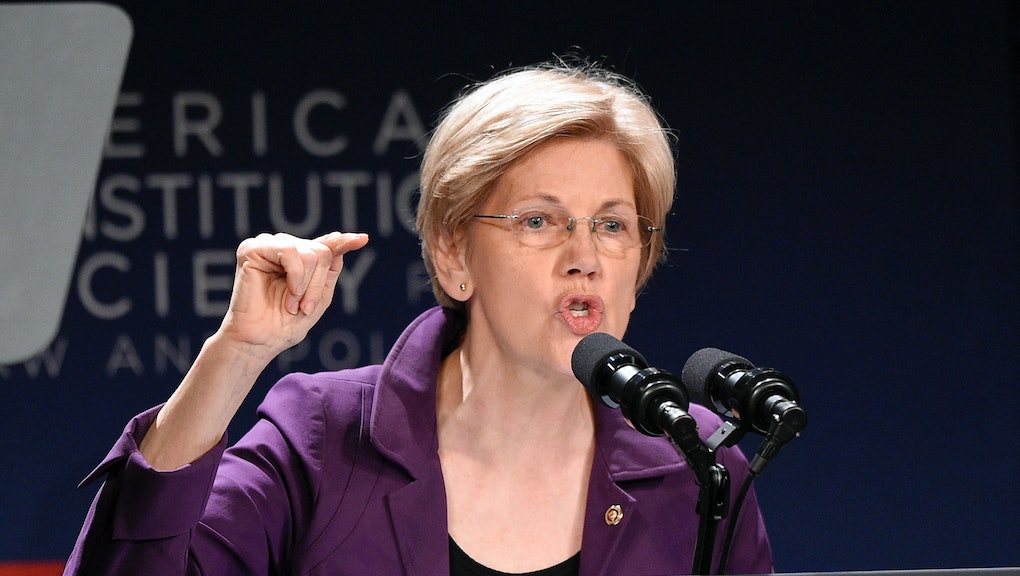 Jesus, someone call the NewYork-Presbyterian Burn Center, because Senator Elizabeth Warren (D-Mass.) just went in on Donald Trump. (And not for the first time, either.)

But apparently the school yards of Massachusetts prepare you for arguments like this, because Warren came back. Hard.

It takes a bold person to call his opponent a fraud, when, as a businessman with fraud skeletons lining his fraud closet, his own missteps are easier to find online than a stolen Netflix password.

According to CNN, there are three separate lawsuits — two federal class-action, one state — against Trump and his properties. Altogether, the cases represent thousands of former Trump University students, accusing the university of deception, false advertising, weird teacher up-sells — like $10,000 "mentorships" — and no actual school accreditation.

"This is straight up fraud," New York attorney general Eric Schneiderman, leader of a $40 million civil suit, told MSNBC, according to CNN.

Warren wrapped her riposte with something a little more on the nose. If this were the lunch room, Trump would need to find a new seat.