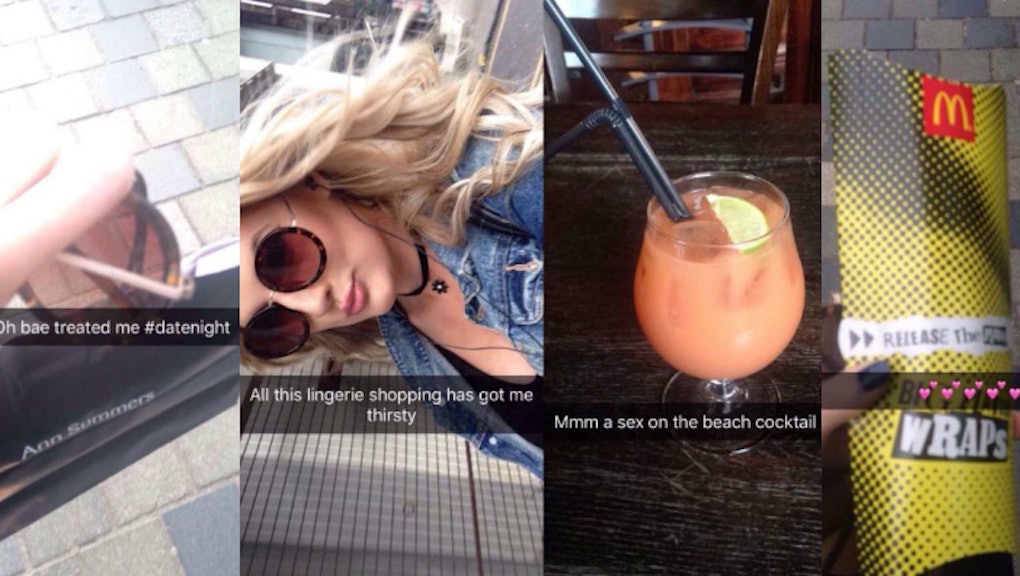 There is a special place in hell for people who stand you up on dates. Standing someone up on a date is a very rude and inconsiderate thing to do!

But one very rude and inconsiderate man in the Glasgow, Scotland area doesn't care.

"Ya girl went all the way to Glasgow for a boy who couldn't even show up or call," Twitter user Mimi Black wrote in a Snap that she then tweeted earlier this month. But instead of slipping back into her PJs and sobbing into a Lean Cuisine, Black decided to take her damn self out on a date instead.

Black's date appears to have involved a number of very good things. She bought a pair of new sunglasses and some lingerie. She had a McDonald's wrap and an ice cream sundae. And she topped it all off with a fruity and refreshing Sex on the Beach cocktail.

Honestly? This sounds better than a two-person date.

"People will fuck you over," Black wrote in the conclusion of her self-date Snapchat series. "It's up to you what you do about it."

Black subsequently tweeted that the very rude and inconsiderate man has since apologized for his behavior. She also said that she "hopes he finds what he wants in life," which is shady and good.

We nominate Mimi Black for Life Coach of the Year.