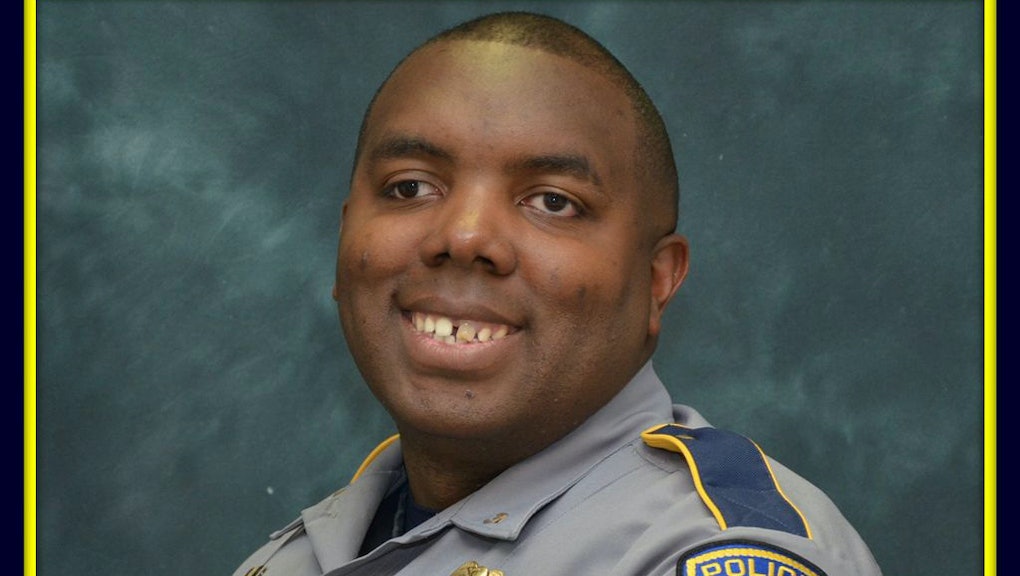 One day after the Dallas shootings, Montrell Jackson, a police officer in Baton Rouge who would himself be slain 10 days later, left a heartbreaking message on his Facebook page about the state of race relations. He was killed along with two other officers on Sunday and leaves a wife and young child behind.

While Baton Rouge gunman Gavin Eugene Long's motivations are still unknown, the shooting in Dallas was a response to racially motivated police brutality. Just days before, two black men, Alton Sterling and Philando Castile, were fatally shot by police. Sterling was killed in the streets of Baton Rouge, where tensions have since been high.

"I'm tired physically and emotionally," Jackson begins in his post, addressing the combined burden of being both a black man and a member of law enforcement.

"I swear to God, I love this city, but I wonder if this city loves me," he later adds. "In uniform I get nasty, hateful looks and out of uniform some consider me a threat."

"I've experienced so much in my short life and these last three days have tested me to the core," Jackson said of the week in which Sterling, Castile and the five Dallas officers were killed. "When people you know begin to question your integrity, you realize they don't really know you at all. Look at my actions; they speak LOUD and CLEAR."

"I swear to God, I love this city, but I wonder if this city loves me. In uniform I get nasty, hateful looks and out of uniform some consider me a threat."

"This city MUST and WILL get better," Jackson concluded. "I'm working in these streets, so any protesters, officers, friends, family, or whoever: If you see me and need a hug or want to say a prayer, I got you."

The social media campaign #23Ways emerged in response to the wave of black Americans killed at the hands of law enforcement. It chronicles all the benign actions which resulted in the police stopping said individuals.

However, events in Dallas and Baton Rouge — and Jackson's death, specifically — reveal an equally disturbing vulnerability, not just of civilians, but of law enforcement, too.