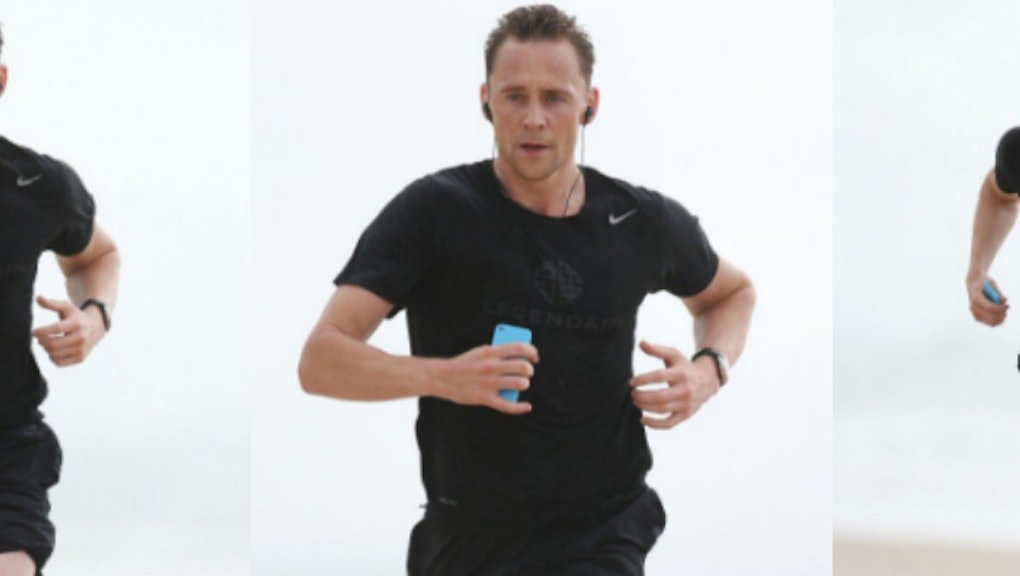 Kim Kardashian West and Kanye West's feud with Taylor Swift finally reached a boil Sunday night, when Kardashian West Snapchatted a video in which Swift could be heard approving a controversial line in Kanye West's song "Famous." This was a big deal, because Taylor has always been (very) vocally anti-"Famous."

People have been reacting to this dramatic event, including Taylor Swift herself, who took to Instagram to note that Kim's Snaps were heavily edited and that she never asked to be a part of any of this bullshit in the first place.

Someone who has not yet responded, however, is Taylor's boyfriend Tom Hiddleston, which begs the question: What is he doing in the midst of this mess? The answer is that he is running — toward the beach, away from the drama.

And now Tom Hiddleston is running.