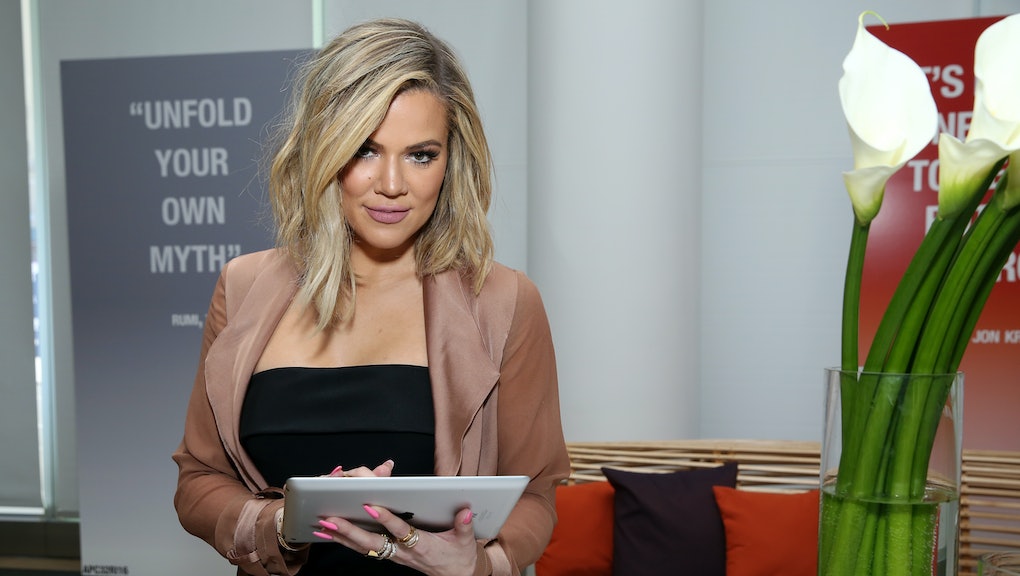 Khloé Kardashian probably thought she was coming to her sister Kim's defense — but this slut-shaming tweet against Chloë Grace Moretz might have made the situation even worse.

For context, the internet basically imploded Sunday night when Kim Karshashian West Snapchatted a video of a phone call between Kanye West and Taylor Swift that appears to prove that Taylor was OK with getting dragged in Kanye's "Famous." Taylor responded to the accusatory Snapchat with a defensive Instagram.

Soon everyone was sharing their opinion on the epic beef — including Neighbors 2: Sorority Rising actress Chloë Grace Moretz, who sort of tried to dismiss the entire feud by tweeting out "Everyone in this industry needs to get their heads out of a hole and look around to realize what's ACTUALLY happening in the REAL world."

That's when Khloé Kardashian got involved, responding by tweeting an explicit photo of what appears to be Moretz's bare butt, along with the caption "Is this the a hole you're referring to @ChloeGMoretz ???"

The first problem: Moretz says the woman on the right isn't her, but another blond woman in a red swimsuit whose nudes were spread without her consent. Moretz responded to Kardashian with a tweet saying, "fact check: first photo is me filming my movie Neighbors 2, the second photo is some girl who was wrongfully photographed."

As evidence, Moretz tweeted photos of her Neighbors 2 outfit: She had a blue bikini bottom, not red, like the woman in the photo wore.

All this means that Khloé Kardashian apparently tweeted a photo of a random person's butt in an attempt to shame Chloë Grace Moretz. Whoops.

As if this drama weren't already enough, Orange Is the New Black actress Ruby Rose weighed in Sunday night, criticizing Kardashian for apparently sharing an explicit photo without the subject's consent. "Yo Khloe I thought you were rad when I met you but this is awful and this is a 19 year old girl," Rose tweeted.

On Monday morning, Kardashian sort of walked it back, tweeting out a non-apology and saying, "I'm the last person to bully but have an animal instinct to protect and defend my family."