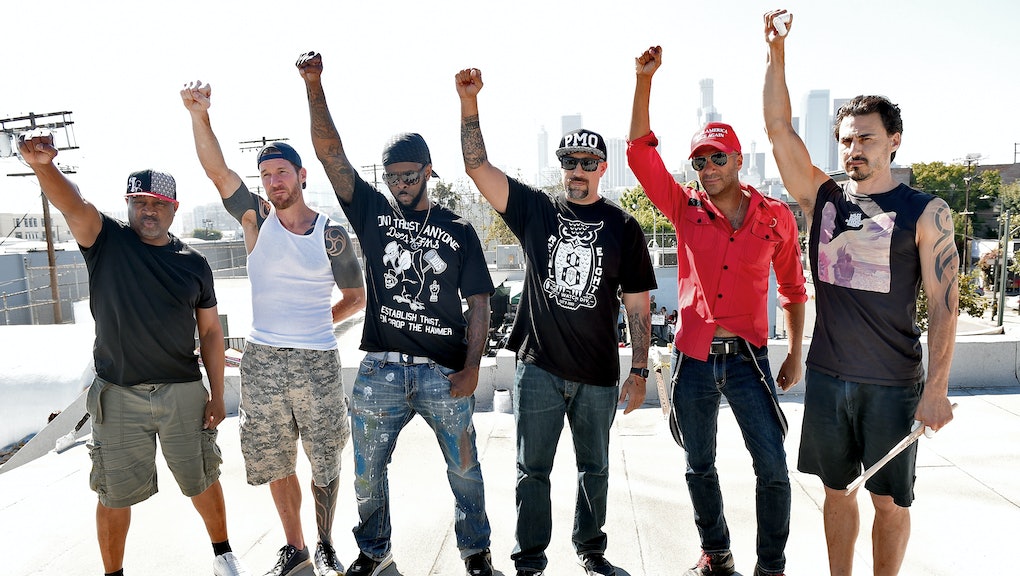 The Prophets of Rage have been on a singular mission since forming out of the remnants of Rage Against the Machine, Public Enemy and Cypress Hill back in May: "Make America Rage Again." They've been using music to make that happen, aiming to "confront this mountain of election year bullshit, and confront it head-on with Marshall stacks blazing," as Tom Morello, Rage Against the Machine's legendary guitarist, put it for Rolling Stone.

Monday, the group took its biggest step toward creating the disruption it had promised, launching its debut single, an updated version of Public Enemy's original "Prophets of Rage," on the same day as the Republican National Convention. The song will appear on a new EP. They'll likely show it off at a free show, taking place in Cleveland just blocks from the RNC.

Rage Against the Machine has an epic history of targeting the Republican National Convention. Back in 2008, the band scheduled an impromptu show near where the convention was celebrating their then-presidential nominee, John McCain. When police tried to shut it down, the band played their songs a cappella through a bullhorn and led a 2,000 to 3,000 person march on the convention.

"Will the fate of our democracy be decided Monday along the banks of Lake Eerie?" Morello asked in sharing the news on Twitter. "Find out."