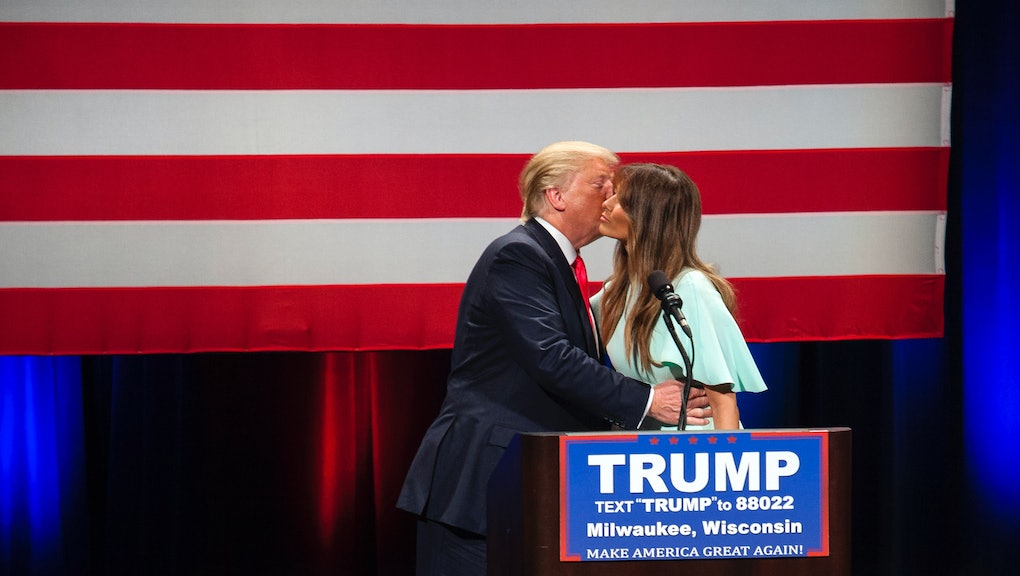 What to Expect From Melania Trump, Donald Trump's Wife and RNC Speaker, at the Convention

Donald Trump's wife, Melania Trump, gave her first stump speech in April at a rally in Milwaukee, rally, 10 months after her husband announced his candidacy. At the time, she spoke to Trump's character, emphasizing his equal treatment of men and women, and his will to fight for the United States as its president.

Not soon after, the Trump marriage came under fire following a GQ profile that painted a portrait of their relationship in what some would term excruciating detail. "We know our roles," the article quoted her as once telling Parenting.com. Now, at the Republican National Convention, Melania is gearing up to take on an entirely new role: hopeful first lady.

On Monday, Melania will deliver remarks as her husband moves toward officially clinching the Republican presidential nomination. But if some believe Trump is trying to be more "presidential," will Melania play the part of first lady?

Kicking off the convention's main speakers, Melania will establish the tone for the RNC's next two days. Trump's campaign chairman Paul Manafort told the press on Sunday, "The plan for the Trump campaign for this convention is to help the American people understand more about Donald Trump the man, not just the candidate they see on the campaign trail."

During her April stump speech, Melania certainly aimed to give the crowd a sense of her husband's positive qualities. "He is a hard worker, he's kind, he has a great heart, he's tough, he's smart, he's a great communicator, he's a great negotiator, he's telling the truth, he's a great leader, he's fair," she said.

However, these remarks were just two minutes long and acted as a vague laundry list of virtues rather than revealing anything telling about the man who could be the next president.

On Monday night, Melania will likely get more specific and speak in more detail about what makes her husband qualified to potentially occupy the nation's highest office. Melania may share some of her own personal background and history, as Trump supporters, and even his opposition, crave to know more about the largely silent woman who may be the country's first lady.

Trump is rumored to be introducing his wife and will be at her side for support.

"I would certainly expect her to [become more active] and, in a way, the convention provides sort of a pre-season for her," University of South Florida professor Susan Macmanus told the Hill. "We'll see how comfortable she is and how she performs and what she will talk about."