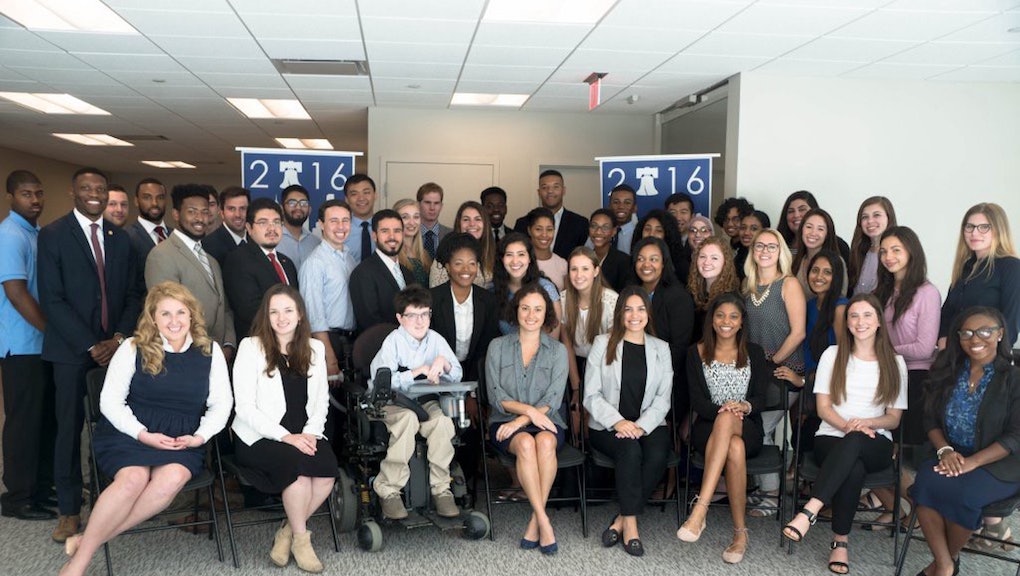 While Ryan proudly declared, "I think this sets a record for the most number of #CapitolHill interns in a single selfie. #SpeakerSelfie," Mondor contrasted his image later that day with the Democratic National Convention Committee's 2016 interns.

The sundry collection of people includes a mixture of race, gender and physical ability. And Twitter has clearly taken notice.

"Each of the interns bring an eclectic compilation of backgrounds," a Medium post on the group of young professionals reads, "including Troi Williams, who is an ordained minister and has also scaled Mount Fiji; Jerry Yan, who attended an international middle and high school in Beijing; Anthony Valerio, who is a Division 1 men's ice hockey player; [and] Allen Chen who is a rock climbing instructor."

A 2015 report from the Joint Center for Political and Economic Studies found that while over a third of the U.S. population is comprised of non-whites, only people of color only account for 7.1% of high-level Senate staffers. That means nearly 93% are white, as Ryan's photo aptly suggests.

But Mondor's tweet gives us reason to think that's changing.