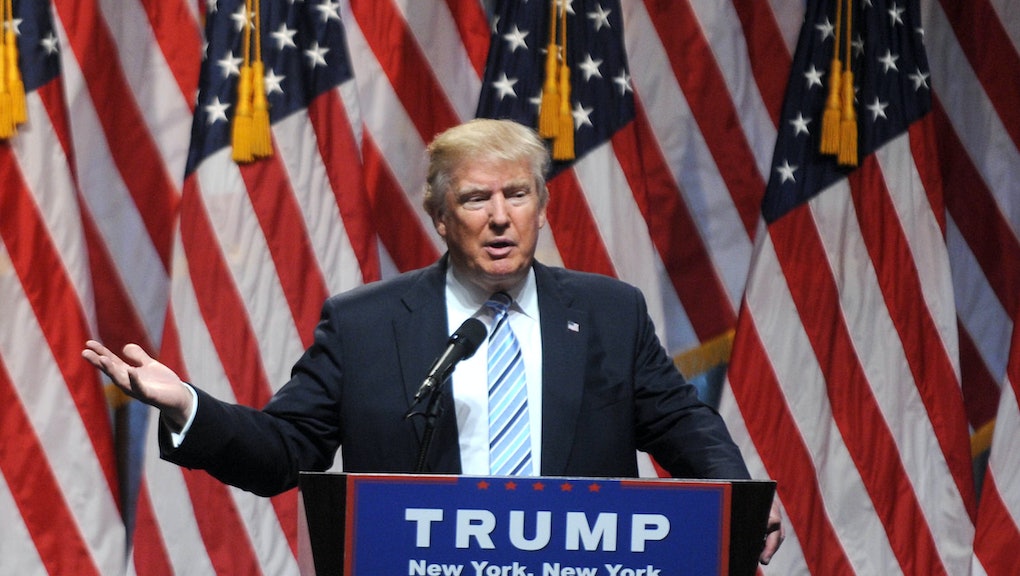 When Will Donald Trump Speak at RNC 2016? Here's When the Candidate Is Scheduled to Appear

The 2016 Republican National Convention officially kicked off Monday in Cleveland, and the multi-day event will serve to both energize the Republican party and to officially nominate Donald Trump as the party's candidate — but when will the man himself take the stage?

Trump isn't scheduled to speak at the RNC until Thursday night's primetime program, according to the official online schedule, and he won't take the stage until the end of the night. Thursday evening's program also includes appearances by Donald Trump's daughter Ivanka Trump, RNC Chairman Reince Priebus, tech-billionaire and Gawker-Media-enemy Peter Thiel and motivational speaker Brock Mealer, whose bio on the RNC website refers to him as a "walking miracle."

But even though Trump isn't technically scheduled to speak until the end of the convention, rumors were flying on Monday that he could possibly take the stage Monday, opening night, after Trump announced he would be in the audience to hear his wife, Melania, speak.