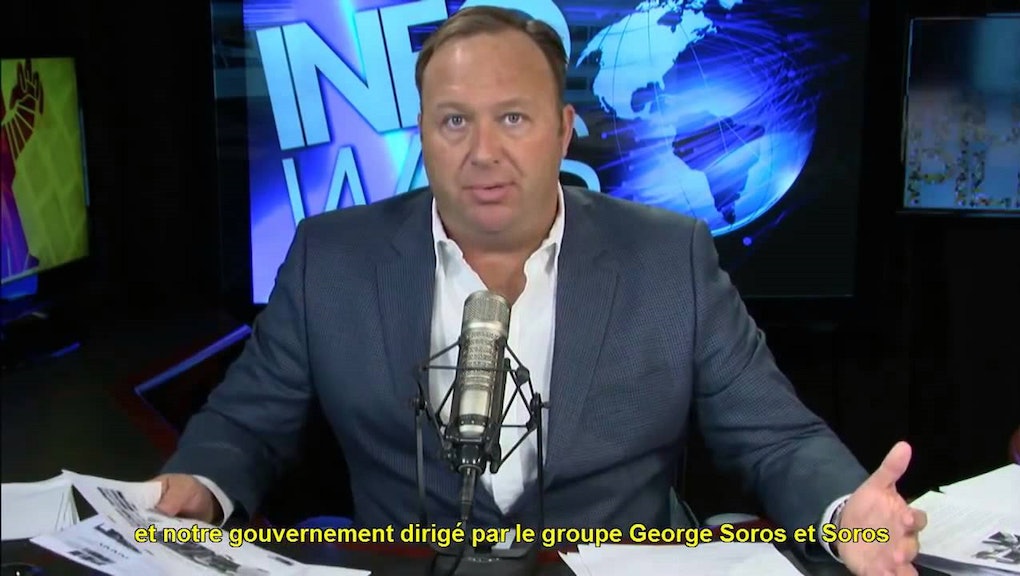 Alex Jones Mistakes Eric Andre for Trevor Noah at RNC, Is Given Offer of Cuckolding

Among the crowds that gathered in advance of the first night of speeches at the Republican National Convention were "Bikers for Trump" president Chris Cox, this dude carrying a rifle and famed internet conspiracy theorist Alex Jones, according to Yahoo News' Hunter Walker.

Comedian Eric Andre, host of satirical talk show The Eric Andre Show on Cartoon Network's Adult Swim, was also present. The show's shtick is deliberately awkward, uncomfortable interviews with ill-prepared guests, so it was pretty much a match made in heaven when Jones mistook him for fellow black comedian Trevor Noah, who hosts The Daily Show.

Andre clarified to Jones he was not the guy from The Daily Show but was still "on MySpace." Then, deadpanning, he said, "I want you to have sex with my wife."

While jokes about "cuckservatives" have indeed been rampant on the internet since members of the digital "alt-right" began using the term in the past few years, it certainly didn't take very long for events at the IRL RNC to devolve into discussions of cuckolding.

Brace yourselves for a lively week ahead.