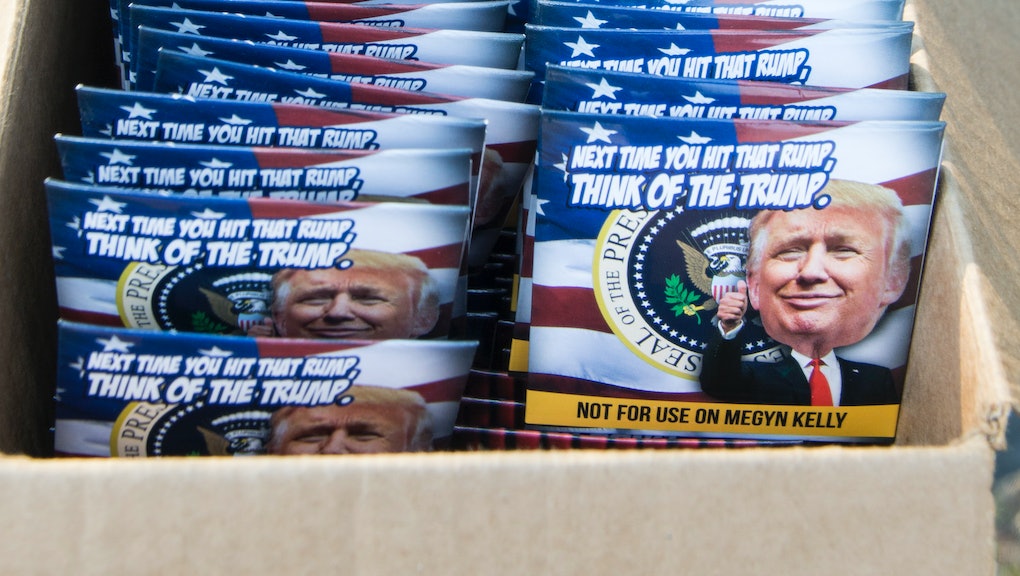 Donald Trump condoms exist — because nothing gets people going like an image of the presumptive presidential nominee's smirking face, or because there is no better birth control?

The reasoning is probably something closer to this: Tourists visiting Cleveland for the Republican National Convention will shell out $5 for a single gimmicky condom. And, to be fair, there's also a Hillary Clinton rubber "for slick willies" and a Bernie Sanders option "so you don't feel the burn." It's just that, as a presidential prophylactic salesman explained to Reuters reporter Emily Flitter, the Trump condoms "sell best." Go figure.

The Trump wrapper features the candidate's head against an American flag backdrop with the words, "Next time you hit that rump, think of Trump" written across the top. It is also labeled "not for use on Megyn Kelly." Because "I'm YUUUUGE!" was already taken, we guess.

Or is it a warning: Don't bring children into Trump's America?