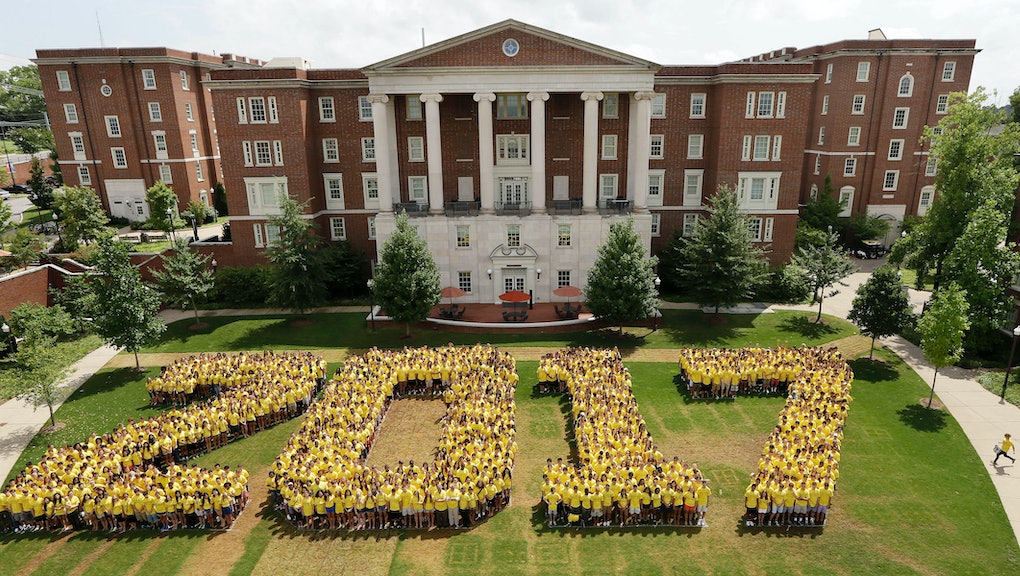 Batey and teammates Brandon Vandenburg, Brandon Banks, and Jaborian "Tip" McKenzie, gang raped the then 21-year-old student in June 2013. Batey urinated on the survivor's face while the others penetrated her with "random objects," filming the entire thing. The survivor didn't know she was raped until the District Attorney's office provided her with evidence of the assault.

Before Batey was read his sentence, the woman, now 24, read a powerful and emotional statement to her attacker.

"You will never understand what this has done to me if you aren't standing in my shoes," she read. "The humiliation, the pain, the isolation, being reduced to nothing but a piece of flesh right before your eyes, it does something to you that is truly impossible to describe. I also know that it's hard to encapsulate the impact this has had because it is still ongoing. The attack on me didn't end that day because I relive it in every proceeding and experience additional attacks every time I am in court."

She eloquently described the pain and dehumanization, and elaborated on the trauma she continues to experience:

I've seen with my own eyes what I was when Mr. Batey was done with me: a piece of trash, face down in a hallway covered in his urine and palm prints. A photograph he took himself. There are no words to describe the horror of the images from that night and how it feels to watch yourself be dehumanized.

I wanted to run away and never stop running. At one point I saw what I first thought was a dead woman's face. I was suddenly overwhelmed by my memory of a family member's corpse, and then I realized that it's me. They had taken a picture of my face during the rape. I was lifeless and my face was covered in something shiny. I didn't recognize myself. Something permanent snapped that day. I felt myself detach from my body. Now, I feel like I'm walking around in the shell of someone else. A part of me went numb, a sense of being a whole person with hopes and dreams about what's possible in the world was now gone.

Batey is the first among the four indicted for rape and sexual assault to be officially sentenced. Judge Watkins said this case was the saddest one he's seen within his 32 years as a criminal court judge.

Read the letter in its entirety here.