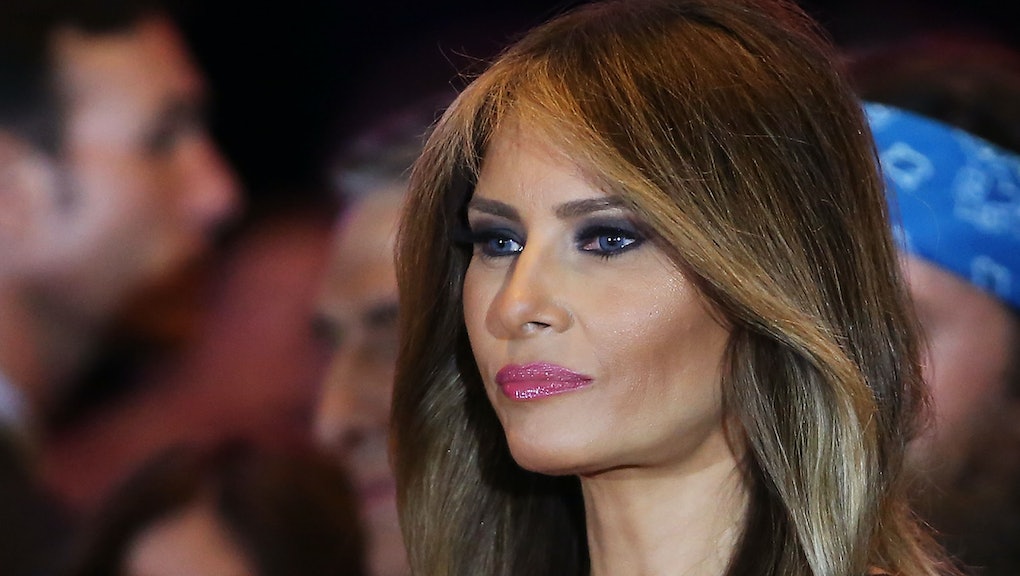 Donald Trump's wife, Melania, will serve a very specific purpose when she takes the stage Monday night to speak at the Republican National Convention in Cleveland: proving Trump is not "anti-immigrant."

At least that's according to former House Speaker Newt Gingrich, who said in an interview with Greta Van Susteren on Fox News that not only is Melania Trump "very attractive," she is also "living proof Donald Trump is not anti-immigrant."

A former model, Melania Trump immigrated to the United States from Slovenia. She married Trump in 2005, and became a United States citizen a year later in 2006.

It's unclear what she will speak about when she delivers her primetime speech. The RNC released excerpts from other speakers taking the stage Monday, but Melania's remarks remain under lock-and-key.

Trump, for his part, has made building a wall along the U.S.-Mexico border, as well as deporting immigrants who came to the United States illegally, a major pillar of his campaign.