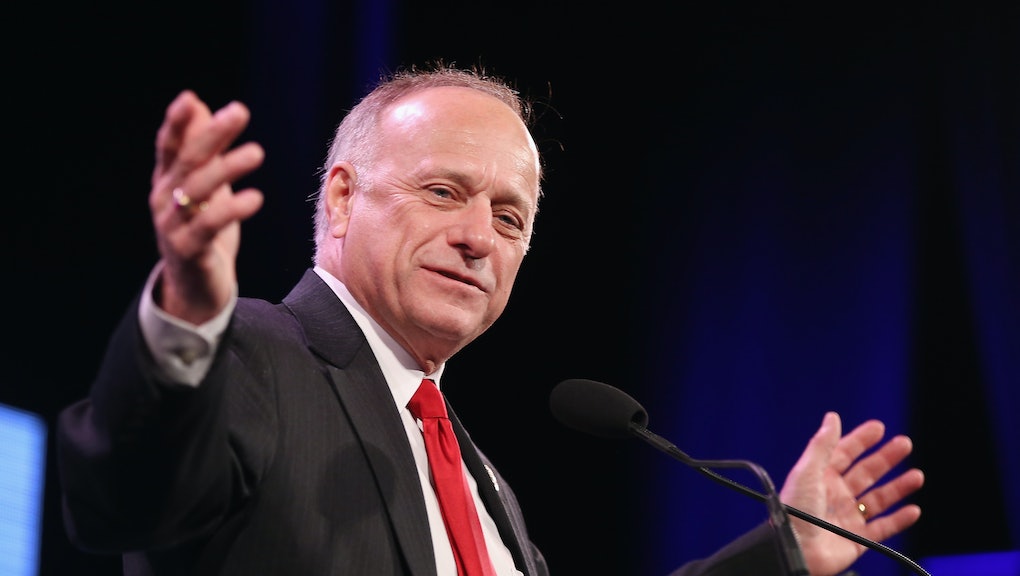 In a Monday appearance on MSNBC, Rep. Steve King (R-Iowa) said that no other group has contributed more to civilization than white people.

His remarks came in response to a statement from Charlie Pierce, a political correspondent at Esquire, who said the Republican National Convention was filled with "loud, unhappy, dissatisfied white people."

"If you're really optimistic, you can say that this is the last time that old white people will command the Republican party's attention, its platform, its public face," Pierce said.

His remark struck a nerve with King, who said that the "'old white people' business does get a little tired."

"I'd ask you to go back through history and figure out, where are these contributions that have been made by these other categories of people that you're talking about, where did any other subgroup of people contribute more to civilization?" King said.

This is not the first time King has made controversial comments.

Earlier this year, he attempted to ban abolitionist icon Harriet Tubman from appearing on the $20 bill.

In 2013, he said undocumented immigrants were mostly drug smugglers with "calves the size of cantaloupes."

After the segment, in which host Hayes cut short to go to break, Hayes tweeted that he should have pushed King to explain himself more.