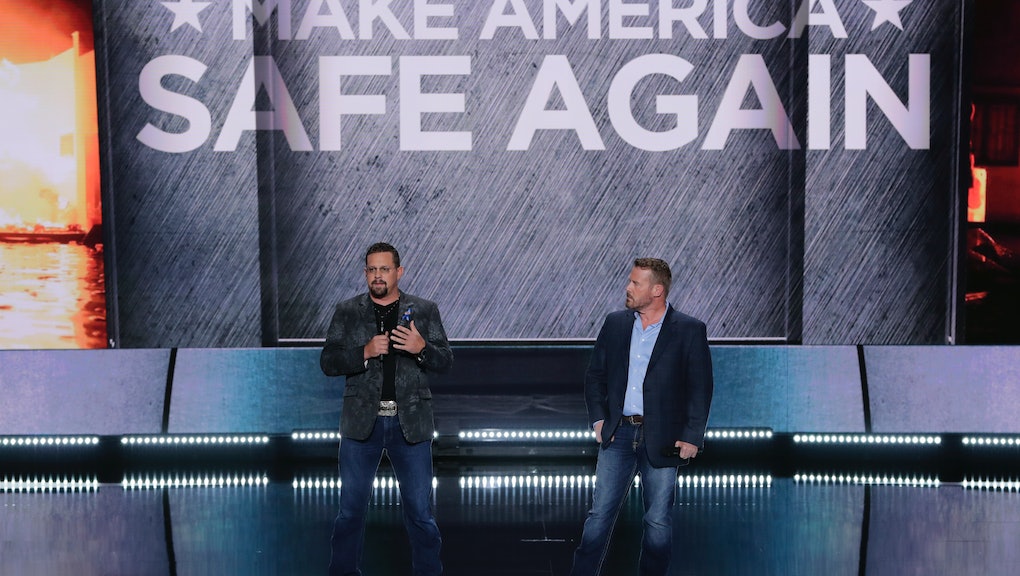 Mark Geist and John Tiegen, two men who survived the terrorist attack in Benghazi, Libya, gave a rambling account of what they experienced that night in their speech at the Republican National Convention — even finding time to make jokes about tampons and killing people.

"After the first initial firefight ... he had to pull out his medicaid and grab some gauze and shove it in his ear, it's really funny, it looked like he had a tampon coming out," Tiegen said of his survival, to laughs in the audience.

Tiegen and Geist went off script, speaking for much longer than their prepared remarks suggested they would.

They made jokes about killing people during the attack, calling it "whack-a-mole."

Twitter was perplexed by the tampon and whack-a-mole joke in the midst of a serious discussion of an attack.