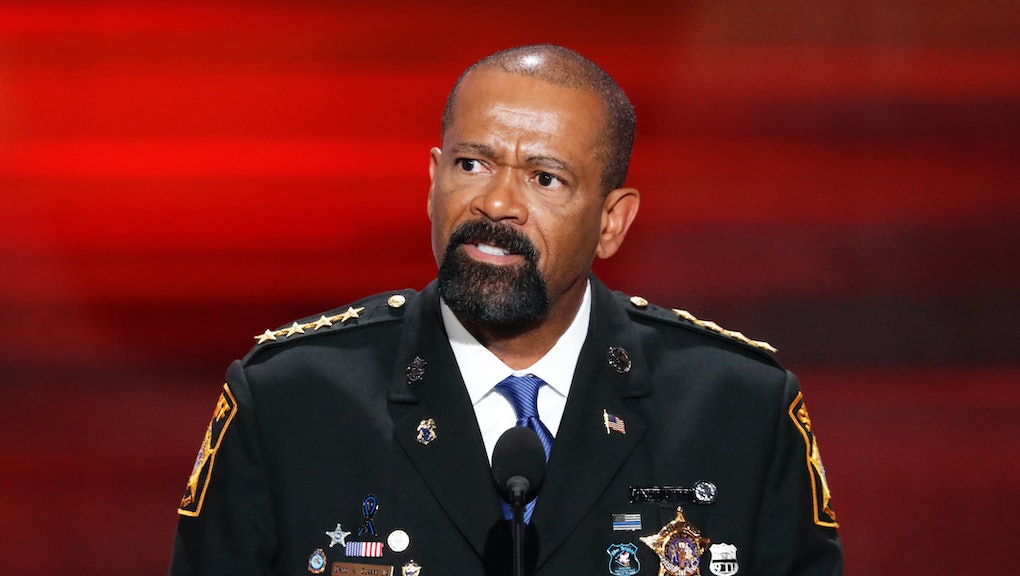 Milwaukee County Sheriff David Clarke got one of the loudest applauses Monday night at the Republican National Convention when he declared "Blue Lives Matter" — a comment supporting police officers in the wake of a string of cop-killings in Dallas and Baton Rouge, Louisiana.

After declaring "Blue Lives Matter" and mourning the three police killed in Baton Rouge on Sunday, Clarke went on to applaud the acquittal of the highest-ranking cop involved in the death of Freddie Gray in Baltimore that sparked "Black Lives Matter" protests.

"There is some good news out of Baltimore, Maryland, as lieutenant Brian Rice was acquitted on all charges," Clarke said to cheers.

"What we witnessed in Ferguson, in Baltimore, and in Baton Rouge was a collapse of social order," Clarke said. "So many of the actions of the Occupy movement and Black Lives Matter transcend peaceful protest, and violates the code of conduct we rely on."

Clarke, who spoke on a night where the theme was "Make America Safe Again," praised presumptive Republican nominee Donald Trump, saying he will keep Americans safe.