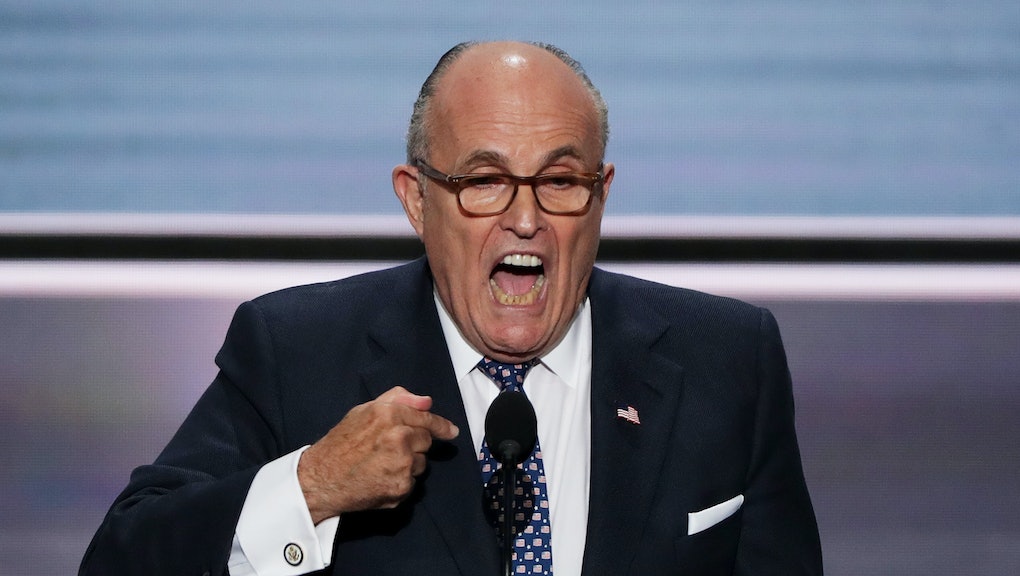 "He will keep us safe and help us achieve and embrace our greatness," Giuliani said in his speech, which went much longer than his prepared remarks and which he delivered in a near constant shout.

He blamed the media for taking Trump's positions out of context, and said Trump is "a good man."

But all Twitter could hear was the decibel level with which he delivered his words.