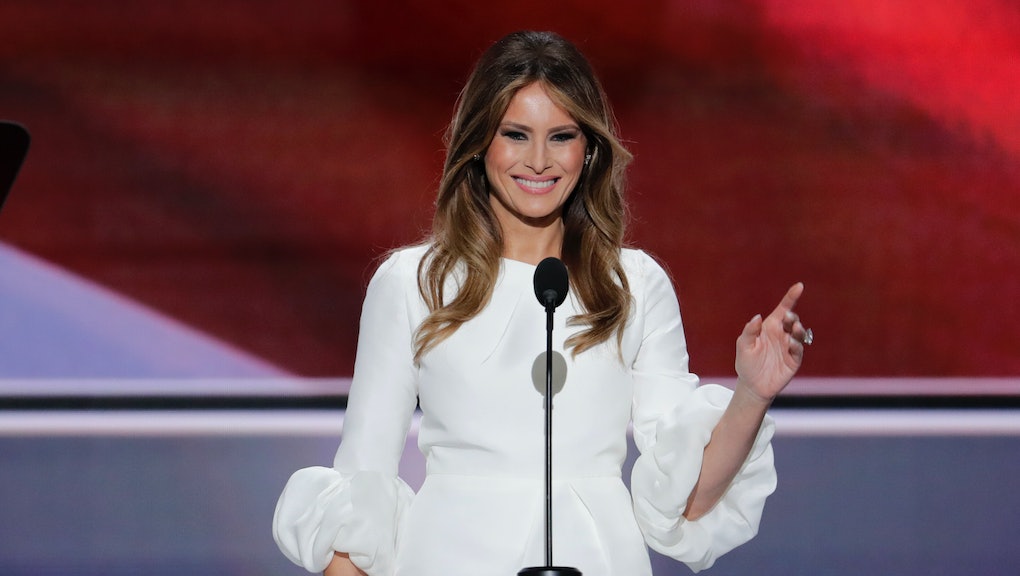 Presumptive Republican nominee Donald Trump's wife, Melania, sought to humanize her husband Monday night at the Republican National Convention in Cleveland, delivering an uplifting message in her first major speech of the election.

The former model and Slovenian immigrant painted her husband as a caring father and businessman whose love for his country runs deep.

Her message was the most positive of the speeches given Monday, when speaker after speaker spoke of death, dying or terrorism.

She sought to temper the view that Trump — who has spoken in negative terms about immigrants and Muslims — is a hateful man.

"Donald intends to represent all the people, not just some of the people," Melania Trump said. "That includes Christians and Jews and Muslims; it includes Hispanics and African-Americans and Asians and the poor and the middle class."

Melania Trump is one of many Trump family members who will speak during the four-day convention in Cleveland.

All of the speeches will likely try and humanize the presumptive Republican nominee, who trails Hillary Clinton in polling heading into the convention.

"I know that he will make a great and lasting difference," she said.