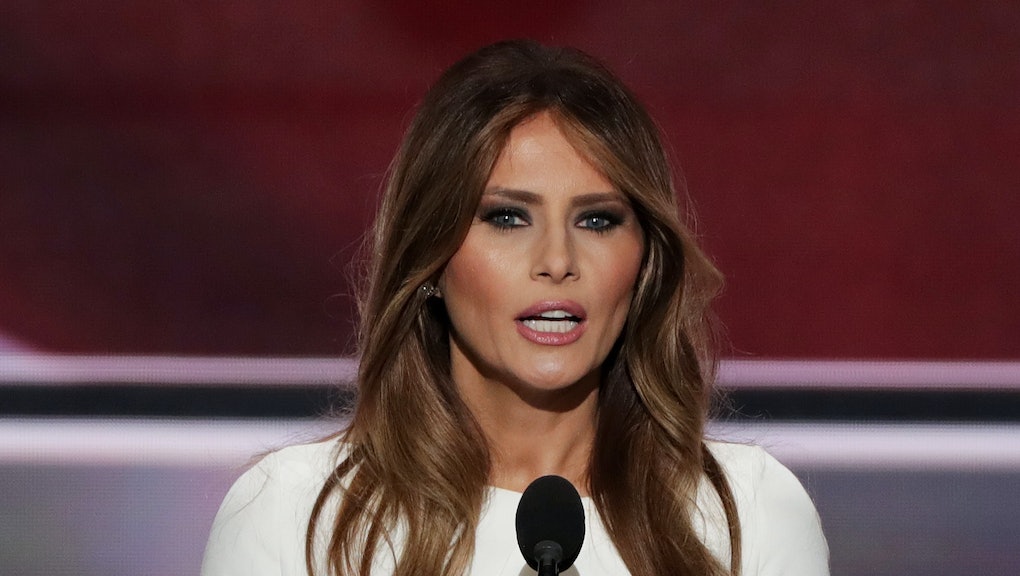 #FamousMelaniaTrumpQuotes Trends on Twitter After Her Suspiciously Familiar RNC Speech

Once Twitter caught wind that portions of her speech were almost verbatim to Michelle Obama's 2008 Democratic National Convention speech, the jokes started to fly with #FamousMelaniaTrumpQuotes.

Though Donald Trump's campaign said Melania Trump's speech "took notes on her life's inspirations, and in some instances included fragments that reflected her own thinking," and Melania Trump said she wrote the speech herself with as "little help as possible," many weren't convinced, and used #FamousMelaniaTrumpQuotes to call out the suspicious speech writing.