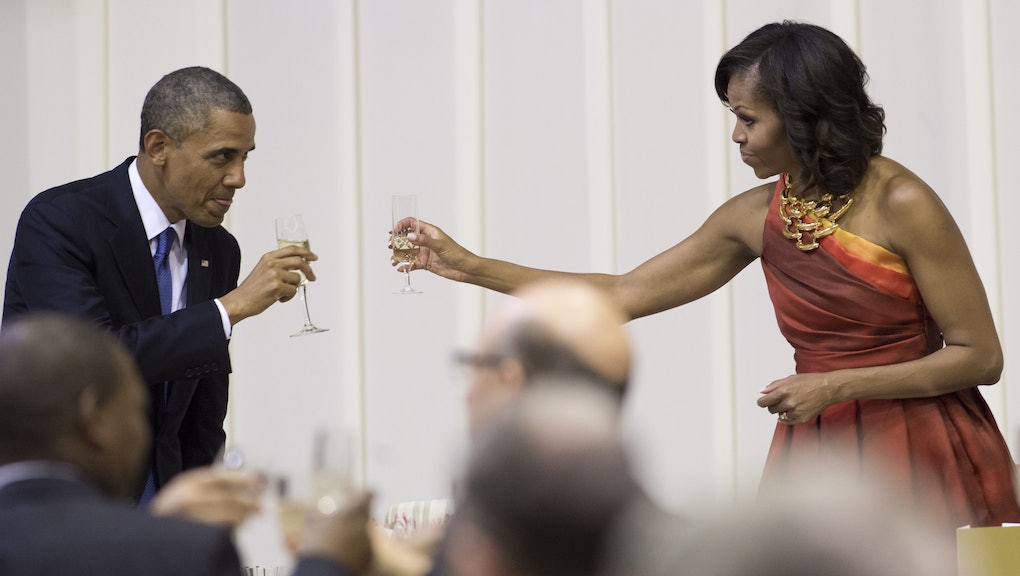 There's Good News for Couples Who Like to Get Wasted Together

The next time you're swapping life advice and cliches at a bridal shower or bachelor party, consider this: Science says that couples with similar drinking patterns report greater relationship satisfaction. According to a study published in the Journals of Gerontology Series B: Psychological and Social Sciences, marriages among couples over the age of 50 are better when both parties had the same boozing habits.

The study: Researchers at the University of Michigan surveyed roughly 5,000 people in marriages (2,767 couples) who were over the age of 50, Reuters reported. Two-thirds of the couples were in their first marriage. They analyzed the participants' self-reported alcohol consumption and marital quality between 2006 to 2016.

The results: In more than half of the couples surveyed, both spouses hit the bottle, Reuters noted. Husbands reportedly drink more than their wives.

But quantity of alcohol was less important than whether both partners were drinking, researchers found. Couples who had similar drinking practices (whether they got blasted or remained sober together) reported increases in marital wellbeing over time, researchers wrote.

When there was a difference in drinking habits, researchers observed more marital dissatisfaction. Women in particular reported feeling less satisfied with a marriage if their husbands did not have the same tendency to drink or not drink as they did.

Interestingly, a fairly high amount of people surveyed were heavy drinkers. A whopping 20% of the men and 6% of the women had significant drinking problems, Fred Blow, a University of Michigan professor of psychiatry who was not involved in the study, told Reuters.

"Serious heavy drinkers have disruptive relationships with people, particularly their partners," Blow told Reuters. That's an important issue that should be looked at going forward."