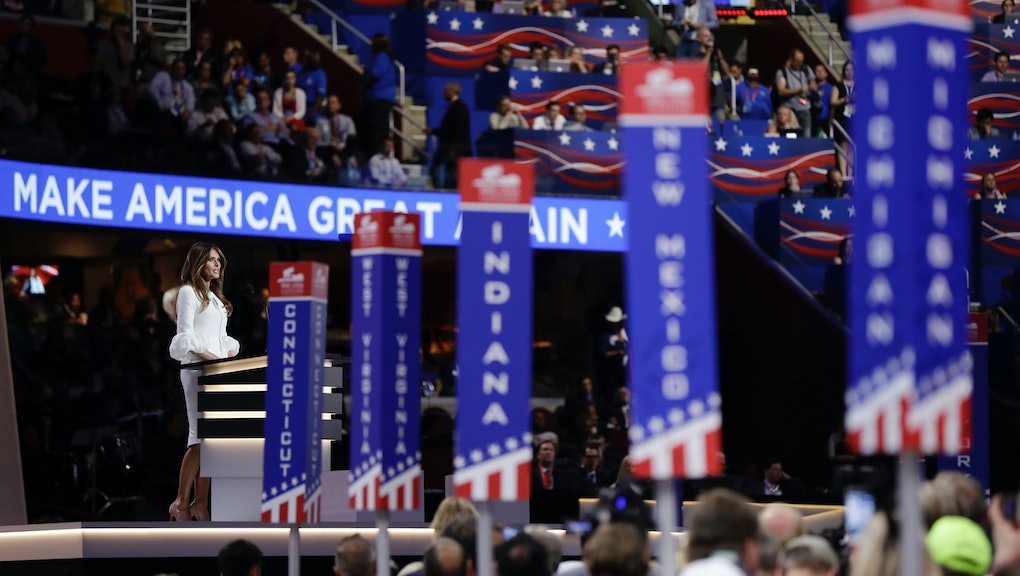 The acronym "RNC" technically refers to the Republican National Convention taking place in Cleveland, Ohio this week. But if the city's current influx of RNC-themed "casual encounters" Craigslist advertisements is any indication, it could just as well stand for, like, Raunchy Nut Cock (or something).

The Daily Dot reports that the classifieds site has become a veritable treasure trove of NSFW hookup ads in recent days.

Here is just a sampling:

There are many stunning uses of the English language here. "RNC bitch boy" is a particularly potent combination of words. So too is "beefy hairy RNC visitors." These phrases are cute and fun!

It might seem a little strange that so many ads for man-on-man sex are being pegged to a convention for a historically homophobic political party, especially when you consider presumptive Republican vice presidential nominee Mike Pence's history of defending antigay laws.

Ah, the enduring appeal of the taboo!