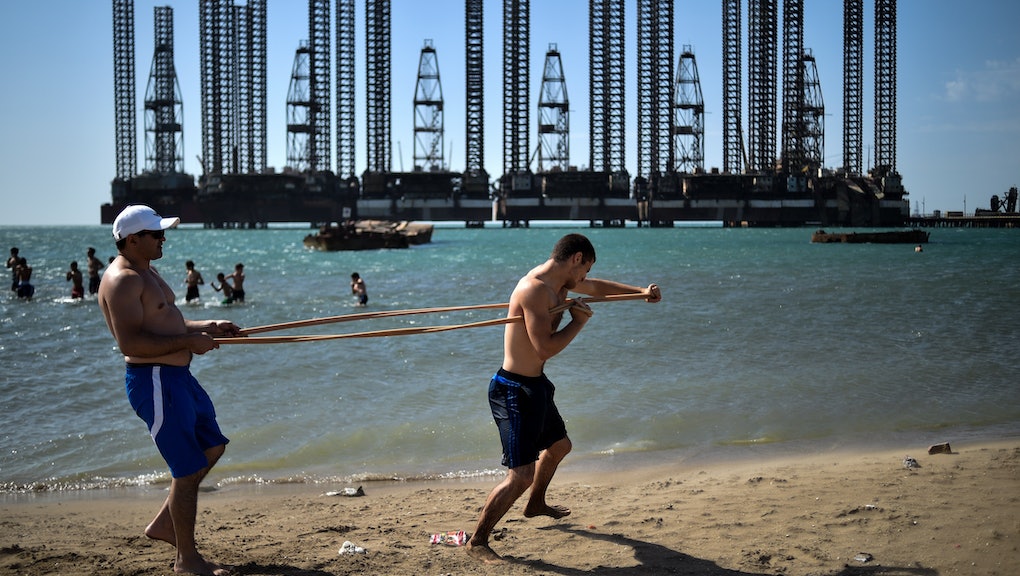 As Republicans Deny Climate Change, the UN Says it Could Cost the World $2 Trillion

Assuming all goes as planned, the GOP — during the ongoing 2016 Republican Convention — will formally select presumptive Republican presidential nominee Donald Trump, a man who has described climate change as a concept "created by and for the Chinese" and "bullshit."

Meanwhile, the United Nations released research Tuesday which indicates said "bullshit" could interfere with productivity, costing the world $2 trillion over the next 14 years.

As the world gets hotter, it will necessitate that workers across the globe take longer breaks, making it harder for them to maintain their current rate of productivity.

"Current climate conditions in tropical and subtropical parts of the world are already so hot during the hot seasons that occupational health effects occur and work capacity for many people is affected," Tord Kjellstrom, a visiting professor at the United Nations University International Institute of Global Health, told Reuters.

Kjellstrom's research suggests the hours people are physically able to work in Southeast Asia alone have already been reduced by as much as 20% annually because of existing climate change.

Southeast and East Asia are projected to be hit hardest, with countries like Thailand and Indonesia potentially losing 6% of their gross domestic product to climate change, Reuters reports.

The UNU-IIGH in Kuala Lumpur, Malaysia, published six different papers for the Asia-Pacific Journal of Public Health on Monday, all of which quantify the multifarious ways climate change will likely interfere with global economic growth.

The research indicates worldwide losses in productivity could be as high as 40% by 2050 if climate change is not stymied.

"Current climate conditions in tropical and subtropical parts of the world are already so hot during the hot seasons that occupational health effects occur and work capacity for many working people is affected," Kjellstrom wrote in a paper on the subject in 2015.

If the U.N.'s research holds water, and Trump succeeds in the general presidential election, his stance on climate change could affect economic development well beyond the confines of America.

"It doesn't matter to me whether it's real or it isn't real," Cramer has said of climate change.