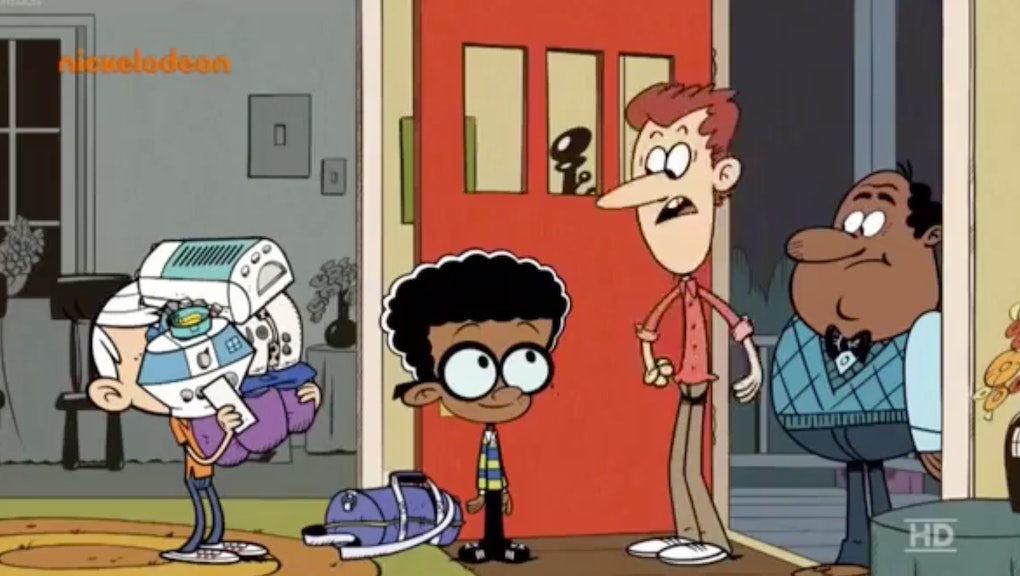 A cartoon is going where most live action television and films won't dare: featuring an interracial gay couple with a mixed-race child.

Set to air on Wednesday, an episode of Nickelodeon's cartoon The Loud House will feature two dads dropping off their son for a sleepover. The show centers on 11-year-old Lincoln Loud, a brother with 10 sisters. When his best friend, Clyde McBride, stops by for a sleepover, his two dads drop him off.

Just before Loud opens the door, he says, "This is it. Time to make history." The cartoon is referencing their sleepover, but offering viewers a coy wink at what's behind the door when Loud opens it.

Rather than being defined by their gayness, the characters are shown to be the ultimate helicopter parents.

"And here's a photo of us, since we can't tuck you in tonight," one father, Howie, says, as he sobs and hugs McBride.

McBride's other dad, Harold, is mostly concerned that he steers clear of gluten, nuts and other health hazards.

The chorus asking for more LGBTQ representation in cartoons has grown louder since May when fans of Disney's Frozen requested that lead character Elsa get a girlfriend. The internet also warmly received the trailer for Finding Dory, which indicated that the film would feature a lesbian couple.

While their appearance is short, this representation goes further than anything viewers have seen before and stands as an important step forward for LGBTQ characters on TV.