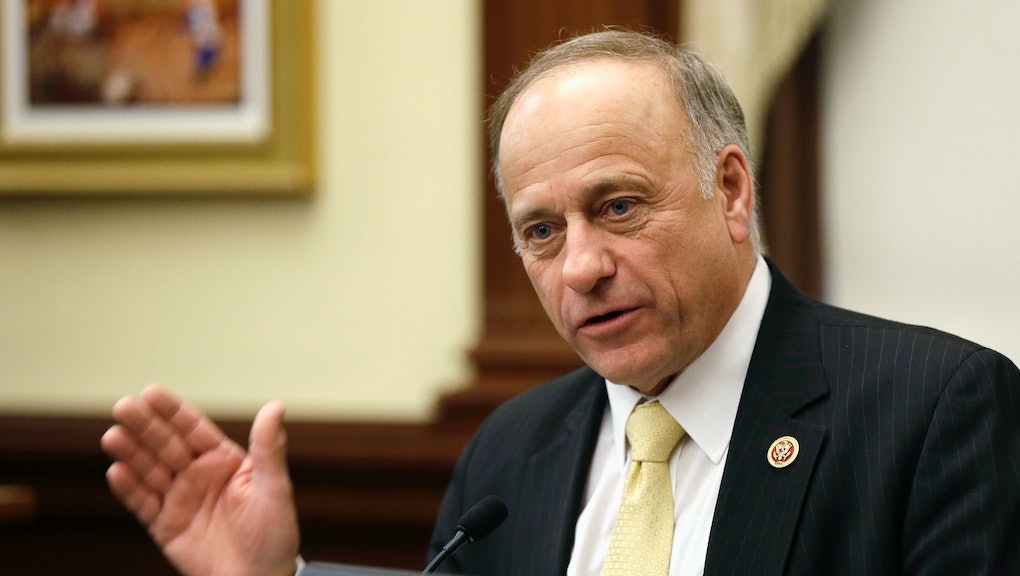 "This 'old, white people' business does get a little tired," King, the same guy who made news for the Confederate flag he keeps on his desk, said. "I'd ask you to go back through history and figure out, where are these contributions that have been made by these other categories of people that you're talking about — where did any other subgroup of people contribute more to civilization?"

To which Hayes replied, "Than white people?"

King said he meant people from, "Western Europe, Eastern Europe and the United States of America and every place where the footprint of Christianity settled the world."

There's an easy lesson here: If you're going to go on national TV and explain things in what you consider a matter-of-fact way, make sure those things aren't the basis of white-power rhetoric.