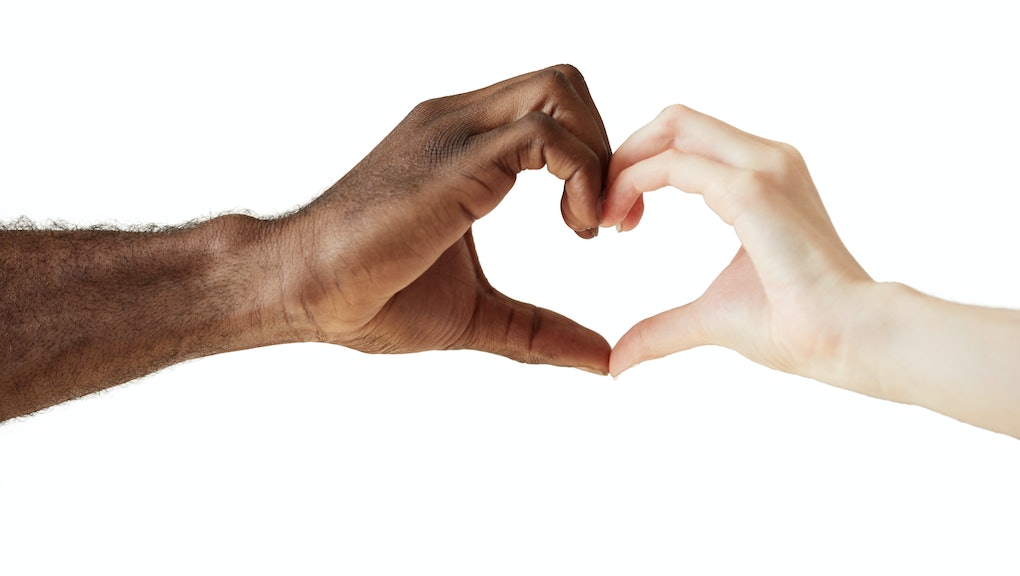 "Should I Tell My Boyfriend I Have Herpes?" And Other Qs You Ask When Dating With an STI

Chris Statton learned how to deal with anti-HIV stigma early in life. Statton has hemophilia, and he contracted both Hepatitis C and HIV through blood transfusions during the 1980s. He was officially diagnosed with HIV when he was just 10 years old.

By the time Statton started dating, he became accustomed to talking openly with his partners about sexually transmitted infections.

"I was so used to being around medical stuff that sexual health became easy to talk about," Statton, 39, said in a phone interview. "It became a part of my story and identity."

Millions of Americans experience the challenges of dating with an STI. According to the American Sexual Health Association, more than half of all people will have an STI at some point in their lives, and the Centers for Disease Control and Prevention estimates that 20 million new infections occur every year nationwide. Furthermore, the CDC estimates "undiagnosed STDs cause more than 20,000 women to become infertile each year."

"I've been doing this since 1999 and we still have the same stigma for people who come to the STD clinic to get condoms," Skinner said. He thinks education is the key to breaking through that stigma.

"Getting tested doesn't mean you're promiscuous," he said. "It's taking charge of your own health."

Some STIs, like herpes, are transferred through skin-to-skin contact and can be transmitted even while practicing safe sex, which creates an issue for couples where one partner is has the virus and the other does not. Kayla Axelrod, a 22-year-old student activist in New York, contracted HSV-1, the kind of herpes transmitted through saliva, as a teenager when she received oral sex from her partner. Last fall she contracted HSV-2 — genital herpes — from a date she met on OkCupid.

"I know some people who disclose [STI status] in their dating profiles online. For me, I like to really know the person [before disclosing]," Axelrod said in a phone interview. "We can knock that stigma down by talking about it."

Axelrod runs a private Facebook group for thousands of women with Herpes, which helps her navigate the world of online dating.

"The process of loving and accepting yourself after the stigma of diagnosis isn't easy," she said. "Finding support online can be one place to start."

With regular testing and open communication, many people are able to continue dating as usual and have multiple sexual partners for years after their diagnosis. If relationships move forward and become more serious, however, the conversation surrounding sexual health invariably becomes more complicated.

Statton, for instance, wanted to make it clear to prospective long-term girlfriends that "having kids is not an impossibility," he said. "The more I talk about this, when I am sick and going through hard times, people can put that into context and know how to be supportive."

Yet even he went through periods of shame, depression and isolation. For some time, he shunned dating and struggled to meet new people. "I think that's common for anyone with HIV," Statton said. "There's this avoidance of dating all together ... thinking, if I love someone, how could I put them at risk of being infected?"

Luckily, healthcare professionals helped him learn about self-love. "One of my doctors was really encouraging and showed me I deserve to date as much as anyone else," he said. Access to local support groups helped Statton learn how to feel comfortable in his own skin and normalize his experience.

After years spent in and out of the hospital, topped off with a painful divorce, Statton started dating the artist Megan Wilson in 2012. Although Wilson knew about his status beforehand, Wilson's brother in Montana eventually found out Statton was HIV-positive from a newspaper article and sent her a frantic email.

Talking openly about HIV with Wilson's family helped Statton alleviate any of their fears about the couple starting a life together.

"Taking care of myself is really important," Statton said, adding that he takes medication regularly, undergoes blood tests and practices daily yoga. "It makes my partner feel more comfortable to see I'm responsible and in control of my illness."

All kinds of couples with mixed statuses are able to maintain happy relationships without transmitting an infection. For HIV, medications like PrEP and PEP can help prevent the HIV-negative partner from contracting the virus. For genital herpes, Valtrex and other medications like it help suppress outbreaks and reduce the risk of transmission.

Blogger Emily Depasse in Maryland, who has genital herpes, is glad she had that conversation with the guy she just started casually dating.

Thanks to a combination of Valtrex, condoms and regular testing, they've dramatically reduced the likelihood of transmitting the virus. "He said 'I don't think STDs should be stigmatized, but I'm trying to keep myself negative.' So we talked about it," Depasse, 23, said in a phone interview.

"[This] is probably the healthiest sexual relationship I've ever had in my life."'