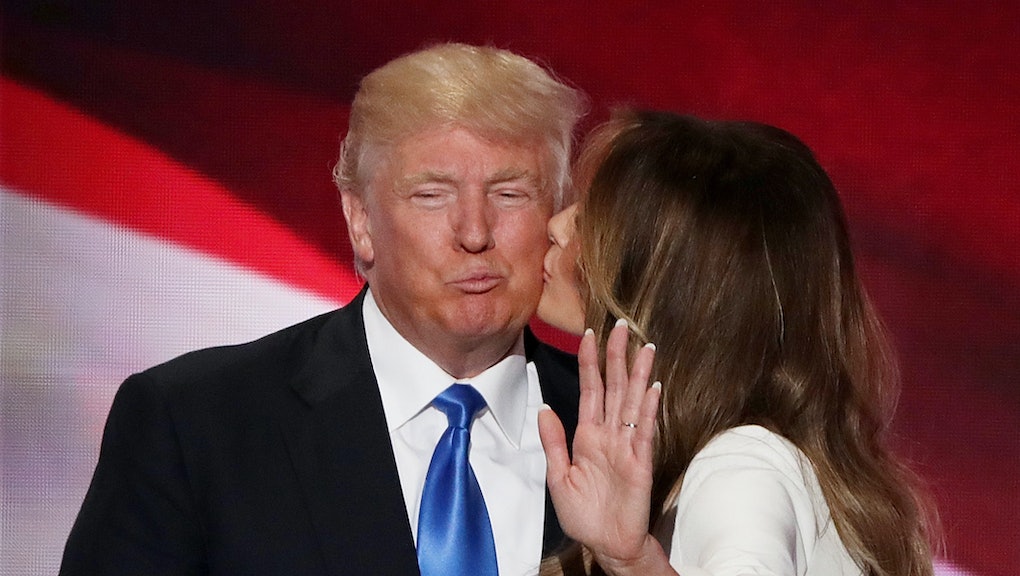 A Republican National Committee spokesman on Tuesday found a way to make an already ridiculous presidential campaign even more ridiculous.

"Melania Trump said, 'The strength of your dreams and willingness to work to work for them.' Twilight Sparkle from My Little Pony said, 'This is your dream, anything you can do in your dreams, you can do now.' I mean if we want to take a bunch of phrases and run them through Google and see who else has said them, I could come up with a list in five minutes," Spicer said in an interview on CNN.

But instead of admitting parts of the speech were plagiarized and apologizing for the mistake, Republicans have spent Tuesday digging in their heels and defending Melania Trump's remarks — prolonging a controversy that's kept the party off-message at their four-day convention to nominate their party's presidential nominee.

Spicer is not the only Republican who's used curious logic to defend the speech.

New Jersey Gov. Chris Christie, who was snubbed a chance as Donald Trump's vice presidential running-mate, defended the speech by saying only 7% of Melania Trump's remarks were copied.

"No, not when 93% of the speech is completely different from Michelle Obama's speech," Christie said on NBC's Today — showing a blatant misunderstanding of what plagiarism is.